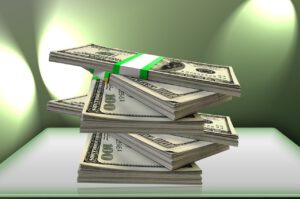 Ethical investing isn’t a new idea – the first environmental, social and corporate governance (ESG) funds started cropping up as early as the 1960s when investors began excluding socially irresponsible stocks and entire industries, like tobacco production, from their portfolios.

But while it was once considered a “nice to have”, these days it has entered mainstream awareness as a “must-have” by consumers. And while the trend was already picking up pace pre-pandemic, it seems COVID-19 has only accelerated the process.

2020 witnessed a mass influx of investment into ESG funds.

In Asia-Pacific, around 79% of investors increased their ESG investments “significantly” or “moderately” in response to COVID-19, according to a recent Global Institutional Investor survey from MSCI.

In Canada, inflows to ethical funds topped $3.2 billion and total net assets in ESG funds topped $22 billion – an increase of 37% from the year prior.

In the US, assets in ESG funds have quadrupled in just the last three years.

It’s clear the sector is rising quickly and shows no signs of slowing down. So what’s behind the surge? And is it a temporary boost or is it here to stay?

The Stage Was Set

Several micro-trends have been brewing away over the past few years to make this surge possible.

For one, younger people are increasingly entering leadership roles and are making the call of how and where a portfolio invests its money. Equally, customers themselves are asking more from their fund managers. Almost 90% of millennials want to tailor their investments to their values and their share of wealth is only set to grow over time, giving more weight to their investment preferences.

This shift in public perception has paved the way for the growth in ethical investing apps, which in turn makes it easier than ever for customers to invest in the things that matter to them. For example, Ellevest, the investing app made by and for women, allows customers to invest in issues that, according to its website, “disproportionately affect women, like gender inequality, racial injustice, and climate change”.

And while ESG was once considered a trade-off for profitability, there’s mounting evidence to suggest the exact opposite.

Research by BlackRock shows ESG indices have previously been on par with, or even outperformed, traditional indices. The report goes on to suggest that strong ESG policies actually have parallels with other strong metrics, like a strong balance sheet, which means companies with strong ESG principles at their core may fare better in the event of a downturn.

A similar finding was revealed in a white paper by Fidelity International testing the effect of volatility on companies with different environmental, social and governance characteristics. The paper concluded companies with high sustainability ratings consistently outperformed their peers when markets fall.

Overwhelmingly, the data suggests profits and ESG principles aren’t mutually exclusive and can actually work in tandem with one another. So what is it about the pandemic that’s caused ESG investments to really take off?

The Perfect Storm For ESG Investments To Surge

With these trends brewing away in the background and the pandemic triggering a renewed interest in ethical decision making globally, it was a perfect storm for ESG investments to skyrocket in 2020.

In March 2020 almost overnight, the world was thrown into a period of great uncertainty.

In the first few months of the pandemic, a whopping 22 million US workers lost their jobs. It was a similar story overseas, with nearly a million people out of work in Australia by May and three quarters of a million fewer jobs available in the UK by August.

However, the mass loss of life and employment saw people unite in their devastation and rally to support one another.

COVID-19’s first wave forced companies to deal with tangible threats over making profits, such as keeping their employees safe and protecting society at large. In many cases, short-term revenue goals were set aside. Jon Hale, Morningstar’s director of sustainability research thinks companies that did this well will be rewarded by their customers in the long term.

“So much of even corporate value these days is based on intangible assets like your reputation, and I think stakeholders will remember how companies either rose to the occasion or failed to rise to the occasion during the pandemic and that will pay off for them down the line,” he told CNBC.

Is The Trend Sustainable?

Critics suggest the upswing of ESG funds won’t last forever, adding it’s simply a bull market trend as all investments have increased. The sector has also been criticised for being at greater risk of greenwashing; when sustainability is trending it’s tempting for businesses to jump on the bandwagon without fundamentally changing their business practises.

However, several executives from major investment banks such as Barclays and JP Morgan have denounced the idea that ESG funds are simply a fad.

For instance, then-Barclays Private Bank CEO Karen Frank claimed in an interview with CNBC that sustainability isn’t just a trend and represents a fundamental shift in the way people will invest their money going forward.

That sentiment is echoed by a February study that found nearly two-thirds of investment managers in a study of 200 professionals believe all funds will incorporate ESG within the next five years.

Similarly, JPMorgan said in a recent note to clients that “the rebound in civil society has been impressive, with an increase in volunteering, social cohesion, community support and focus on public good vs. private freedoms.”

“We see the COVID-19 crisis accelerating the trend to ESG investment,” it added.

The overwhelming support of major industry players suggests ESG is being taken seriously once and for all. While it was once thought of as a mere aside, ESG funds have quickly emerged as a major industry shift that will fundamentally alter the make-up of portfolios around the world. We don’t yet know how great the impact will be on issues like racial justice, climate change and women’s rights, and how quickly we’ll see the results.

Kylie Purcell is the investments editor at Finder. She has a background in business and finance news with her work featured on sites including Yahoo Finance, Sky Business and the Adviser Magazine. She held previous roles at SBS, Your Money, TVNZ, CTGN, Switzer Group and Momentum Media. Kylie has a Masters in International Journalism and a Graduate Diploma in Economics. She is currently working towards ASIC RG146 compliance certificates for Financial Advice and Securities and Managed Investments.

The post What’s Behind The Surge In ESG Investments And Is The Trend Sustainable? appeared first on ValueWalk.