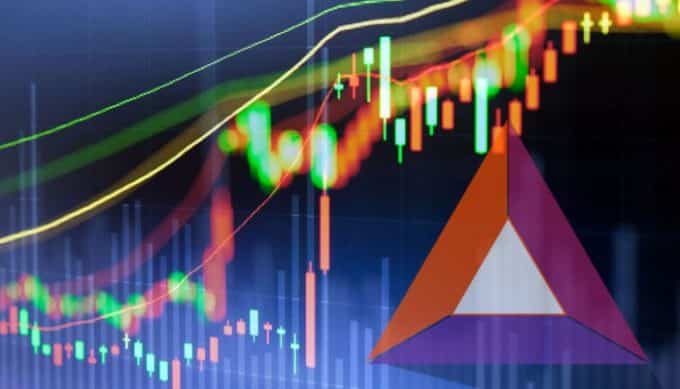 Basic Attention Token is trading is dealing with a retreat following a majestic upswing in mid-March. The digital asset hit a wall at $1.38, cutting short the massive liftoff. At the time of writing, BAT is exchanging hands at $1.08. If a technical pattern on the 4-hour chart matures as expected, this token will assume the trajectory toward $2.1.

Meanwhile, the least resistance path is downwards, as observed with the Moving Average Convergence Divergence (MACD).  This indicator tracks an asset’s trend and measures its momentum. The MACD can be used to identify buy the bottom and sell the top levels.

For now, BAT is in the bear’s hands, a situation that has been reinforced by the MACD line (blue) sliding under the signal line. The downtrend may continue if the indicator remains with the negative gradient.

However, it is essential to realize that Basic Attention Token seeks support at the descending parallel channel that may mature into a bull flag pattern. This pattern is bullish and may see BAT resume the uptrend, targeting an 84% upswing to $2.1. The length of the flag pole measures the breakout target from the bull flag.

It is worth mentioning that BAT has a bearish impulse according to the Moving Average Convergence Divergence (MACD). If the indicator’s downtrend remains intact, the flag pattern will fail to confirm.

Note that a break under the descending channel may extend the bearish leg to the 100 Simple Moving Average (SMA), currently at $0.9. Extended losses will stretch out toward $0.75, support illustrated by the 200 SMA.