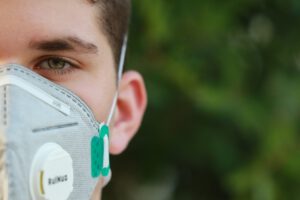 The United States has shelled out nearly $6 trillion in total economic relief to the American people during the coronavirus pandemic. This figure includes the $1.9 trillion that was approved when President Biden signed the American Rescue Plan (ARP) Act into law on Thursday.

The Economic Impact Of The American Rescue Plan Act

Many Americans are wondering what kind of impact injecting the economy with 27-percent of the GDP will have on them. Just no one wants to read the insultingly long 628 page bill (except Ron Johnson, who apparently forced the senate clerks to read it aloud in its entirety).

Biden, much to his relief, did not have to sit on the reading as he had a conflict. Staffers projected he would have made it through four pages before passing out in a puddle of drool.

Anyway, here is a quick overview to help figure out what has changed when the dust settles.

As a rule of thumb, if you are reading this—you are more than likely getting a $1400 stimulus check. 89-percent of filers projected to receive a payment under the stipulations. Especially Even if you don’t believe Biden actually won the election.

For those that are on the unemployment line – federal UI benefits have been extended an additional 53 weeks. $300 a week doesn’t seem like a lot, but if you invest it in Bitcoin and tweet incessantly about it you might make a few extra bucks. Fair warning, it will come at the cost of your friends and family detesting you.

There were a couple of other bits slipped in, but expect much of the same old, jolly American experience.

Biden will shill for whatever the DNC’s boosters want. Republicans will ignore the drastic shift in demand and blame gas prices (and general market fluctuations) on a 78-year-old who probably hasn’t had an original thought in 40+ years.

At least we have a catchy theme song.

This article first appeared on The Stonk Market

The post Everything you NEED to know about the American Rescue Plan Act appeared first on ValueWalk.