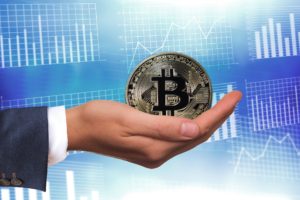 Considering how people have shown an explosion of interest in digital currency and its adaptation by both new and traditional businesses, it is necessary to clarify the legal implications. It is a new technology for governments worldwide, central banks, financial authorities, and regulatory agencies. They are still figuring out the meaning and the process of how cryptocurrency works. But for individual investors, it’s a great time to make some money in this new space.

There are certain assumptions about the risks of buying and selling cryptocurrencies which often restrict investors from trading. The laws which apply for conventional electronic money will not be the same for digital currencies. It is also very different from traditional cash currencies at the primary point that it cannot physically own cryptocurrencies. They do not change hands during transfer. The legal standing of digital money is unclear as it is only recently that it has become popular. You can invest with Bitcoin loophole to become acquainted with trading concepts.

Any cryptocurrency investor must consider how central authorities perceive cryptocurrency holdings in different countries. The IRS has defined these currencies as capital assets that should be treated as property in the US. This makes individual investors bound by capital gains tax laws. They need to report their cryptocurrency expenses and also profits on their annual tax returns. It would not matter where they purchased their digital coins from.

This aspect creates lots of confusion and makes the process complex for taxpayers. It is not made clear whether those investors of cryptocurrency who already have holdings on foreign exchanges would have to bear additional reporting measures while filing the taxes. According to reports, anyone holding more than $10,000 abroad must fill the Foreign Bank Account Report (FBAR) with the Treasury Department every year. Another law that you need to consider is the Foreign Account Tax Compliance Act (FATCA) that makes it mandatory for individual taxpayers to mention their overseas account on Form 8938 when filing taxes with the IRS.

A former federal tax prosecutor had once projected a clear view of how cryptocurrencies can complicate tax matters. The IRS is still in the procedure of assessing how it can levy taxes on the new cryptocurrencies. There is no formal declaration of changes, and this lack of guidance has created a “black hole” affecting the investors and taxpayers. Whether the FBAR requirement needs to be fulfilled by Bitcoin owners is still something most practitioners cannot figure out. It is unfair if the taxpayers are expected to know this, and penalties are issued if they don’t comply. The best suggestion would be for digital currency investors to take advice from tax professionals.

The drawback of digital currencies that are hindering their path of becoming conventional is the potential risk factor. Bitcoin has successfully paved the way for other cryptocurrencies to hold a decentralized status, meaning it is not managed or sponsored by any central authority. Although governments worldwide have tried to step in and impose their regulatory powers now and then, cryptocurrencies have managed to stay liberated from any jurisdiction. This allows investors to remain free from the limitations of traditional financial institutions. But this advantage also gives rise to legal complications. The merit of digital currencies is highly unstable, and the government does not declare it but rather depends on what other investors are willing to pay. There might also be issues regarding the ownership of such currencies.

The decentralized status also brings the potential risk regarding transactions. In the conventional method, currencies exchange hands. Even in electronic money, there is an involvement of a trusted financial institution that settles deposits and debt claims. None of these concepts applies to cryptocurrencies. As the digital currency’s foundation is based on these differences, there is a real possibility that Bitcoins get lost or are stolen. Secluding itself from any centralized authority has left no way for legal recourse when such situations arise.

Every day more businesses are adopting bitcoin as a mode of payment. Much like in other financial areas, companies might require registering and obtaining a license before accepting cryptocurrencies. As this currency’s legal status is still complicated and laws are unclear, businesses fear going down that road.

Under certain jurisdictions, companies accepting cryptocurrencies might not be required to obtain licenses at all. But they might need to submit considerations that are specially designed for bitcoin owners in their area. Furthermore, it becomes a responsibility for business owners and managers to ensure that they are not going against the law. Proper legal procedures are required to be followed while dealing with customers at both local and state levels. Let’s say, to stay within the boundaries of federal law; businesses have to put up protections against money laundering and fraud. The transmission of funds needs to be recorded and strictly maintained.

Cryptocurrencies are infamous for being projected as a new means to provide criminal organizations with a way to commit crimes. Financial crimes like fraud and money laundering have got a new medium. Any law would not impact investors who do not have any such intentions. However, investors can find themselves stuck in situations where they become a victim of such crimes. Unfortunately, they would not have similar legal options as traditional victims have.

This issue generates from the decentralized status of cryptocurrencies. As the transactions are carried out online, there have been instances when the system got hacked or stole customers’ holdings. There is no way of recovering the missing funds. You have to be aware that by purchasing and holding cryptocurrency assets, you are automatically complying with risks.

The developers of digital currencies have been continuously updating the wallets, focusing on high-end security to keep the coins and tokens safe.

While trading in Bitcoin, there are moments when a high traffic volume is attracted, leading to a temporary shutdown. If there is a hard disk failure on your end, you might lose your entire wallet. To avoid this, Bitcoin users frequently deal with their multiple wallets stored in different locations. All the technical challenges all-together concluded that stakeholders should have a robust system set up and subsequent wallets’ updates.

The high volatility of Bitcoin is what people profit from, but it also makes people question its viability as a currency. The Bitcoin community is still tiny and concentrated when compared to traditional currency. Hence, any small event or headlines of the news can affect the price of bitcoins. We can also see a massive surge in prices within a short period because of the limited number of Bitcoins in circulation. This is done to control inflation.

Using Bitcoins might seem like going against the government and law. It is an unregulated currency, without any physical existence, but you use it as a monetary exchange. Governments are struggling to know the nature of this exchange so that the regulations can be declared and users get legal protection when using Bitcoin. What is affecting society is the rise of black market websites everywhere that use these tokens.

While dealing with Bitcoin, there are three specific areas of law that you need to consider.

It is still uncertain how the regulations of traditional currencies can apply to that of cryptocurrencies. Bitcoin is difficult to regulate as it is detached from the government. The government can overcome decentralization by targeting the Bitcoin exchanges or other intermediaries that work as a link between bitcoin and fiat currencies. These exchanges can be handed over to the central authorities so that the government can enforce regulations. The technology responsible for the operation of bitcoins is new and doesn’t fit in any traditional system. Anyone ready to take a dip into the trend of cryptocurrencies needs to do so with utmost caution. You have to ensure that no existing regulations are compromised while using this unregulated currency in transactions. It is better to let professionals handle your finances.