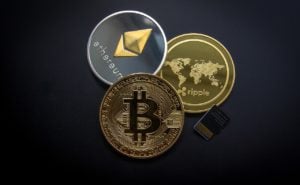 Thoughts from Jamie Finn, President & Co-Founder of Securitize, regarding the surge in the price of Ethereum. Founded in 2017, Securitize is one of the largest players in the security token space with more than 150 customers and 50,000 investors using its issuance and compliance platform for digital securities.

Jamie has some strong views, which can be found below in a Q&A format.

A recent tweet from Jamie on the topic which garnered notable engagement.

The rising price of ETH is not good for developers who actually use it. It’s only good for speculators. ETH will eventually evolve or die. Lots of great alternatives in @Algorand and @avalancheavax

1. What’s driving the price of Ethereum up so high?

1a. Is it more speculative investment, or is Ethereum actually getting more usage?

It is getting more usage but with this speculation you will have many developers search for another chain since its getting too expensive to process a transaction. Right now it costs $17.00 to process a transaction which is untenable for most people unless you are using it for large transactions. For example if you want to get generate yield you would need to spend $17 to get into the “deal” and then you are basically starting out at -$17  which is fine if you are deploying $100,000 but most people are only deploying $100-$1000 which means the yield is negative for a long time.  As an example if you were to invest 1 ETH a UNISWAP pool you would paying $75 in fees right now into.

2. What of Ethereum’s scalability issues? Is that a matter of concern at this point?

The current issues are more related to costs as opposed to scalability – that said if the network scaled further perhaps the costs would drop further but that remains to be seen.

3. What will the Ethereum network look like in a year in terms of usage in the best-case scenario?

In our best case we would like to see the price of Ethereum drop to $200-$300 per coin and get more capacity into the network so that developers and users can use the network in a way where the fees don’t exceed the benefits.

4. What is the overarching problem with the status quo?

Fee based networks such as Ethereum have the wrong economic model when you compare it to traditional economic models — as things currently get more expensive to use the more they are used — which is the opposite of what would be expected with an economy of scale where transactions get cheaper as things scale up.  The inventive model on ETH is broken and needs to evolve.

The post What Is Driving Ethereum Price Up So High? Pure Speculation appeared first on ValueWalk.