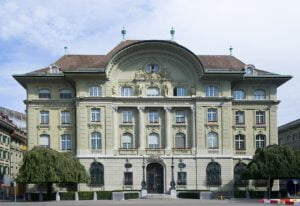 Traditionally, Swiss bank accounts were for those who wanted privacy, sometimes for unsavory reasons. However, today there are many reasons to open a Swiss bank account. While privacy is still a central feature, there are other benefits to having one that have nothing to do with criminal operations

Privacy is still one of the leading reasons to open an account at a Swiss bank, although things have changed quite a bit in recent years. Some Swiss banks hesitate to work with international customers, but others still welcome them.

Switzerland is mainly known for numbered bank accounts, which are listed only by number rather than by name, making it hard for officials to track down someone’s account. Such accounts aren’t entirely anonymous as holders still must provide personal information.

Swiss banks are known for their privacy because of the Swiss Banking Law of 1934. The law made it a criminal offense for banks in Switzerland to disclose an accountholder’s name. It created a similar relationship between banks and their customers as what exists between lawyers and clients or doctors and patients.

Swiss bank accounts offer a way for wealthy individuals to fly under the radar for a variety of reasons. Historically, they were used for tax evasion or other criminal purposes. Still, now Swiss banks cooperate with criminal and tax investigations, turning over information that they otherwise would have kept hidden. However, the average law-abiding citizen has nothing to worry about and instead enjoys the privacy Switzerland has come to be known for when it comes to banking.

Individuals with a Swiss bank account don’t receive much protection from creditors because they cooperate with criminal and civil judgments. Nonetheless, there are ways to legally create layers of protection against creditors using entities like LLCs and trusts in non-U.S. jurisdictions. Such protections require creditors to receive judgments in the regions where those entities are located for credits to gain access to the assets they hold.

One other reason to think about opening a bank account in Switzerland is its financial stability, which results in very low financial risk associated with accounts there. Switzerland’s economy is one of the world’s most stable economies as it hasn’t faced any conflicts in hundreds of years. Additionally, Switzerland’s regulations require banks to have high capital requirements and strong protections for customers. These protections mean your money should be safe in a Swiss bank.

You can select from several currencies for your account, but you will need to choose Swiss francs to earn interest. However, you will pay taxes on that interest, so many people with Swiss bank accounts choose a different currency to avoid the interest and the taxes.

Opening a Swiss bank account is not very different from opening a bank account in the U.S. Like with other accounts, you must fill out some forms and provide verification of your identity. However, Swiss banks tend to scrutinize identity verification documents much more closely than banks in the U.S. because of their special circumstances around privacy.

For example, you might need a passport to open an account in Switzerland, while a driver’s license would suit those purposes when opening a U.S. bank account. Before approving you for an account, Swiss banks will want to get a good feel for your background profile and the amount of capital you’re planning on depositing and maintaining in the account.

They also want to see the origin of the cash you’re depositing. Swiss banks require many documents to show where you got the money from, so they can be sure that it didn’t come from illegal activities.

What to look for in a Swiss bank

When choosing a Swiss bank, it’s essential to start by thinking about why you want to open an account in Switzerland. Most people don’t use their Swiss bank accounts as their everyday checking accounts, for obvious reasons. If privacy is the point of the account, it doesn’t make sense to write checks from it or use a debit card attached to it because it declares to everyone that you have an account in Switzerland. This is especially important at a time when much of the world is in an uproar due to the coronavirus.

If investment is your reason for opening an account there, you should take the time to understand where the bank stands on important issues. A quality Swiss bank will stay up to date on macroeconomic issues and how they affect your investments. Such banks should factor in not only what’s happening in Switzerland but also around the world.

Another thing to take into consideration is what class of bank you want to work with. The top-tier banks are those with a global presence based in Switzerland, like Credit Suisse and UBS. The downside of these banks is that they have the strictest requirements for choosing their customers. You may find it to be tough to open an account with them.

The second category consists of smaller banks incorporated in Switzerland but without an extensive international footprint. You might not have heard of these banks, but they are still major players in Switzerland.

Finally, there are the boutique banks that are extremely small and provide personalized services to a small number of ultra-wealthy clients. If you have a lot of money to stash overseas and want very specialized services, you might want to look into one of these banks.

Opening a Swiss bank account can be a bit tricky, but the rewards certainly make the process worthwhile. You should do your research before trying to set up an account with any bank to make sure they provide the services you need.