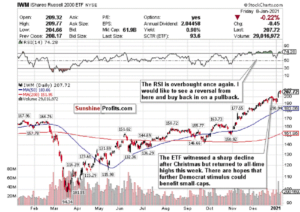 The stock indices hit record highs yet again to close off the first week of 2021 and weighed unrest, poor jobs data, and further prospects of economic stimulus.

The first week of 2021 largely continued where 2020 left off- with turmoil, tension, and a barrage of news. Another 2020 pattern continued to kick off the new year- a resilient market.

A week that started off with a sharp sell-off concluded with sharp weekly gains, all-time highs, and a four-day winning streak for the Dow and S&P 500. This is despite the first assault on the U.S. Capitol since 1814, despite COVID-19 cases continuing to wreak havoc, and despite a disastrous jobs report.

How could this be?

The results of the Georgia election can first and foremost be credited for the market surge.

Although tech initially plummeted due to fears of higher taxes and stricter regulations, with full Democrat control of the Presidency, Senate, and House, there is finally clarity and expectations of further spending and government stimulus.

Although President-elect Joe Biden had promised to pass a measure for bigger stimulus checks if Democrats secured control of the Senate, comments from West Virginia Senator Joe Manchin, a moderate Democrat, spooked investors for a time on Friday (Jan. 8). Although Manchin briefly walked these comments back, according to Bill Miller, founder of Miller Value Partners , “Nothing is going to get passed if they can’t get the moderates in the Democratic Party, or the Republican Party for that matter, to go along with (further stimulus).”

President-elect Biden said Friday (Jan. 8) that a new aid package would be “ in the trillions of dollars .” This comes after Goldman Sachs stated that it expects another big stimulus package of around $600 billion . Value stocks and small-cap stocks have surged as a result of these prospects.

Despite the prospect of further stimulus that could heat up the economy, the short-term tug of war between good news and bad news will continue. Many of these moves upwards or downwards are based on emotion and sentiment, and there could be some serious volatility in the near-term. Although markets have kicked off the new year with excitement from the “Blue Wave”, consider this.

Stocks have overstretched valuations, the Capitol was invaded, the pandemic is out of control, and the vaccine roll-outs have been clunky at best.

Even though the stock markets saw a nice weekly gain to kick off 2021 and the 10-year treasury is at its highest level in months, a correction between now and the end of Q1 2020 is likely.

National Securities’ chief market strategist Art Hogan also believes that we could see a 5%-8% pullback as early as this month.

Generally, corrections are healthy, good for markets, and more common than most realize. Only twice in the last 38 years have we had years WITHOUT a correction (1995 and 2017). I believe we are long overdue for one. We haven’t seen a correction since March 2020. This is healthy market behavior and could be a very good buying opportunity for what I believe will be a great second half of the year.

While there will certainly be short-term bumps in the road, I love the outlook in the mid-term and long-term once the growing pains of rolling out vaccines stabilize. The pandemic is awful and the numbers are horrifying. But despite this, and despite the horrendous jobs report, there is one report released this past week that could be a step in the right direction – the ISM manufacturing data.

The consensus is that 2021 could be a strong year for stocks. According to a CNBC survey which polled more than 100 chief investment officers and portfolio managers, two-thirds of respondents said the Dow Jones will most likely finish 2021 at 35,000, while five percent also said that the index could climb to 40,000.

While there is long-term optimism, there are short-term concerns. A short-term correction between now and Q1 2021 is very possible. I don’t think that a correction above ~20% leading to a bear market will happen. 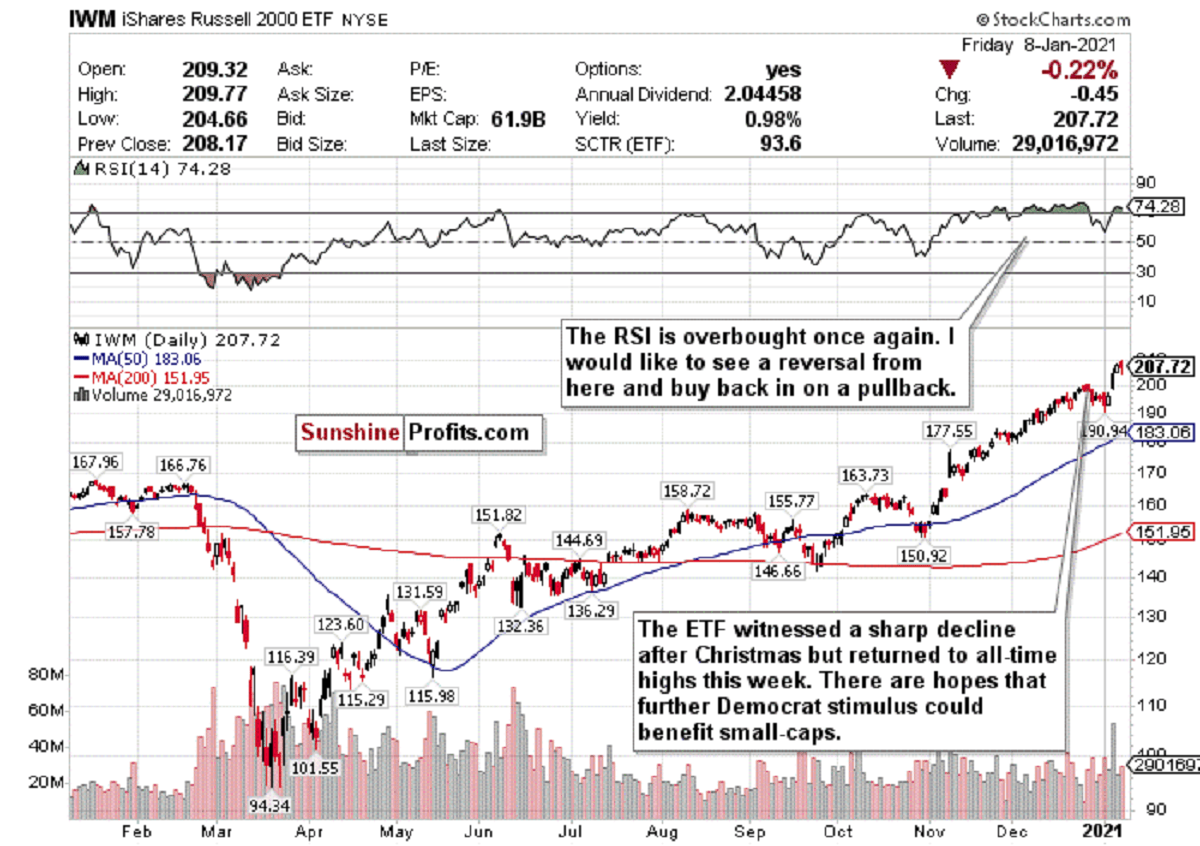 Small-caps were the comeback kids this week. Although I believed that the Russell 2000’s record-setting run since the start of November was coming to an end, the iShares Russell 2000 ETF (IWM) had itself quite a week and rallied 7.35% since January 4th. Small-cap stocks were the most excited from the Democrat sweep in Georgia due to hopes of further economic stimulus on the horizon.

I love small-cap stocks in the long-term, especially as the world reopens. A Democrat-dominated Congress could help these stocks too, but in the short-term, the index, by any measurement, has simply overheated. Before January 4th, the RSI for the IWM Russell 2000 ETF was at an astronomical 74.54. I called a pullback happening in the short-term due to this RSI, and it happened. Well now the RSI is back above 74 again, and I believe that a more significant correction in the near-term could be imminent.

Stocks simply just don’t always go up in a straight line, and that’s what the Russell 2000 has essentially been between November and December. It’s looked eerily similar this week.

What this also comes down to, is that small-caps are more sensitive to the news – good or bad. I think that vaccine gains have possibly been baked in by now. There could be another near-term pop due to further stimulus hopes, but it’s likely that small-caps in the near-term could trade sideways before an eventual larger pullback.

I hope small-caps decline a minimum of 10% before jumping back in for long-term buying opportunities.

SELL and take this week’s profits if you can – but do not fully exit positions .

If there is a pullback, this is a STRONG BUY for the long-term recovery.