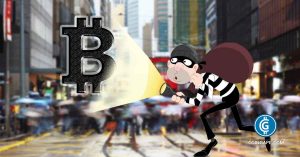 Gretchen Whitmer, Governor of Michigan received a threatening letter demanding $2 million in Bitcoin ransom for the safety of the state employees. The letter was sent from an Indiana based address, Police reported after an investigation. The threatening letter to the governor comes just months after a plot to kidnap her and held her hostage by Right Wing extremists.

The Michigan state police started the investigation right after its discovery back in December end and after contacting the intelligence department at the state and ultimately found the letter to be non-credible.

The Michigan police in an official statement noted,

“The Michigan State Police takes very seriously any threats made against elected officials or others. Upon being notified of this letter by the Executive Office in mid-December, we looked into it. Part of that review included consulting with the Michigan Intelligence Operations Center. Ultimately, it was determined not to be a credible threat.”

The law and order situation in the US after the Presidential election is quite alarming with the most recent being protesters trying to barge into the Capitol Hill while congress was counting to certify the presidential election. The threat against the Michigan governor although now proven incredible coming within 3 months of her kidnapping ploy is quite an example of the State’s current law & order situation.

Amid rising tensions, bitcoin and the share market both looked unfazed to climb to new highs but now have started to show bearish signs. Bitcoin today fell by more than $10,000 to record a 20% drop in the last 24 hours, currently struggling to hold its position above $30,0000. On the other hand stock markets bled today as well showing signs of losing steam.

The $600 stimulus check with the hope of getting $2,000 stimulus in the near future as new President Joe Biden takes charge is good news for both bitcoin and the share market as more money the government prints and gives to the citizens the more would be the flow of money in the market.