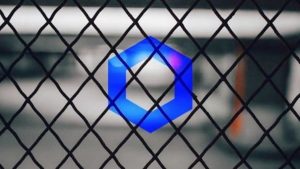 Observing the chart we can clearly see price action breaking the weekly S/R Zone with a strong impulsive break that led to an initial Bullish Volatility Expansion. This breakout established a weekly inside bar that contracted volatility for a total of three weeks. Evidently a consecutive expansion occurred where price action established a clear swing high.

The swing high led to a short term bearish volatility expansion as price action made its way down. A rounded retest was confirmed at the Bullish Order Block where price action wicked down and immediately got bought up. This is technically indicative of strength in the immediate short term which did come to fruition with an expansion.

The 21 Moving Average can be considered as a clear visual guide, price action has found clean support over the majority of the trend. As long as this holds true, higher prices are expected, breaking below will be a sign of weakness.

Now observing both oscillators, momentum is still shifted bullish with key resistance yet to be tested, especially the stochastic momentum.

A few conditions to be valid here for LINKUSDT as the Stochastic’s have a clear oscillation that marks temporary tops and bottoms. As of most recent, there has been a Bull Cross with an expansion occurring. This expansion is likely to top out at Oscillators resistance, a reversion usually occurs at these regions before a diversion back to its mean – Bullish Control Zone Median.

The RSI is also trading in the upper regions of its Bullish Control Zone where acceleration is likely to occur. This indicator is highly useful in measuring the speed and velocity of price action, especially on impulsive coins such as LINKUSDT . Swing high being the immediate objection suggests that further upside is probable in respect to price action. This goes well with the current volume profile as there are no immediate climatic nodes suggestive of a temporary top being set.

What’s Next for LINK Price?

In conclusion, LINKUSDT remains its bullish market structure and continues to expand in a volatile manner, especially when breaking key levels. The volume profile analysis is indicative of further upside until a climatic node comes to fruition. This aligns very well with the Oscillators as they are yet to meet technical resistance, leading into a reversion.