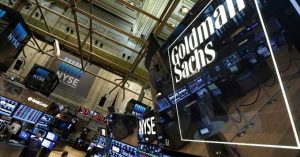 “I think the market is beginning to become more mature. I think in any nascent market you get that volatility and those risks that are associated with it.”

“The key to creating some type of stability in the market is to see an increase in the participation of institutional investors and right now they’re small, roughly 1% of it is institutional money.”

Bitcoin in its current bull run has turned many former critiques into an admirer where many even see it replacing gold in near future. The top cryptocurrency has drawn a great deal of institutional interest this bull run which includes Grayscale, Pay Pal, MicroStrategy, and Square.

The ongoing bull run especially at the start when it broke the key resistance of $20,000 to surpass its previous all-time-high was believed to be carried by institutions as they overbought bitcoin fueling its price further.

The top cryptocurrency’s recent market correction leading to a 28% price crash brought back the volatility debate which gave the likes of Peter Schiff another chance to take a swipe at the best performing asset of the previous year.

Bitcoin traded near $42K on Friday and near $30K on Monday. An asset that drops 28% over a weekend is not a safe-haven, a store of value, or a viable hedge against #inflation. If you want to gamble on #Bitcoin, buy Bitcoin. But if you want to hedge against inflation buy #gold.

The market correction even though quite significant to the outside world did not come as a big surprise to many veteran bitcoin traders who have often claimed that a market pullback of about 30% is anticipated in a bull market.

The institutions capital contribution might look just a fraction but it is important to note that they only began to show interest post halving in May last year, probably realizing the scarcity which leads to a FOMO

2021 could be the year when institutions start adopting bitcoin just like MicroStrategy and Grayscale who already see it as a new inflation hedge.

The post Goldman Sachs Says Bitcoin Maturing as an Asset But Institutional Money Still Only a Fraction appeared first on Coingape.