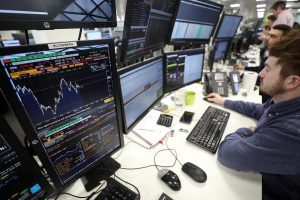 Bitcoin was again the talk of the town yesterday but this time around for crashing by more than $10,000 in a single day to fall from a daily high of around $40,000 to a daily low of near $30,000. The price correction of over 20% made many mainstream media outlets to call it an end of the bull run for the top cryptocurrency.

However, the top cryptocurrency like many times in the past is looking to prove those pundits wrong again after recovering more than half of its losses and currently trying to reclaim the $37,000. The crypto market yesterday also recorded their highest trading volumes ever, with Binance registering over $8.5 billion in BTC trading volume while Coinbase again malfunctioned but still managed to post its highest daily trading volume of $9.56 billion.

The ongoing bull run has sent the spot trading volumes to all-time-highs, however, yesterday’s price change was not just aided by spot markets, in fact, the bitcoin futures and options market also registered similar action a key reason why Bitcoin could not manage to recover the market loss yesterday itself.

Bitcoin until yesterday has managed to recover most of the market corrections as high as $5,000 almost the same day of the correction, primarily owing to an institutional buying spree. However, looking at the derivative market record volumes, it seems institutions were quite busy yesterday as well.

A market pullback during a bull run like the current one is seen as a healthy sign and many believe it also helps in eradicating volatile players out of the mix who goes for pump and dump to take out the profit. As a result, more than $2.37 billion worth of positions were liquidated yesterday both long and short.

Bitcoin has recovered almost half of the lost market at the time of writing and looks to consolidate its position above $40,000 to make its next move further.