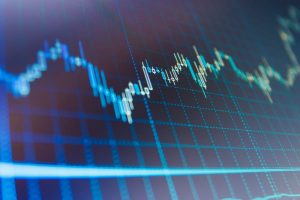 Bitcoin price has turned bearish on lower time frames with BTC price falling by more than 13% in the last 24 hrs at the time of reporting. The sellers seem to be dominating the price movement in lower timeframes and all eyes are now towards the key support at $28k. The dollar seems to be gaining momentum as the price recovers from its recent downfall.

The top cryptocurrency is currently trading at $34,753 after registering a 24-hour low of $32,4871 and over the past couple of hours has tried making for the lost grounds, however, it is currently facing resistance at $37,000.

The high volatility of the crypto market has resulted in the liquidation of over $2.75 billion market positions 60% of which name from Bitcoin positions. Bitcoin has managed to raise over $42,000 before trying to solidify its position above $40,000 but fell today after selling pressure continues to mount especially during Asian sessions.

Bitcoin’s net support is at $28,000 if the top cryptocurrency fails to hold its position above $30,000. Market pullbacks of this magnitude might really shake new traders, but many long time hodlers seem to be unfazed who have often claimed that looking at the current bitcoin rally, a 30% pullback should not worry may.

Could US Institutions and Whales Help Bitcoin Oerome Current Turmoil?

Today’s market correction marks the highest plunge in a day for Bitcoin, just weeks after registering a similar rash of nearly $5,000. Many now hope for the US market to revive the price as has been the case during the ongoing bull run. US-based institutions are seen actively buying bitcoin, especially on Monday post the two-day weekend leading to a boost in Bitcoin market price.

In the past couple of weeks, a rivalry of sort between the Asian Whales and US Whales was observed where Asian whales were seen dumping huge loads of BTC at a premium price leading to a dip which is then followed by US whales buying the dip overnight recovering the losses incurred by bitcoin during the Asian session.