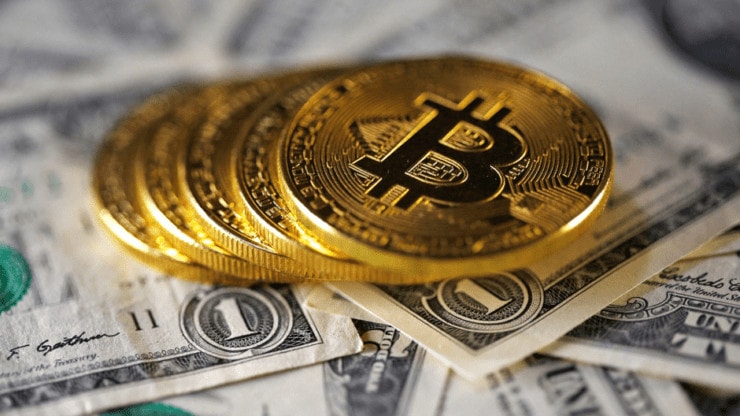 Bitcoin (BTC) price has been on a sharp rise over the weekend, during the first days of 2021. The coin did not only breach the psychological barrier at $30k — it nearly went halfway to doubling its 2017 record.

The year 2020 is officially over, and the new year has already brought dozens of Bitcoin-oriented headlines as the number one coin continues to dominate. As many are likely aware by now — Bitcoin has recently made a new all-time high after seeing a rapid price surge over this past weekend.

As speculators in the crypto industry debated whether or not BTC has the strength to hit $30,000, the coin did not only do that, but more. It actually skyrocketed to $34,600 before seeing a price correction.

At this point, the institutional demand is larger than ever, which was proven by Microstrategy. The company’s BTC holdings have more than doubled, as it now officially holds around $2.4 billion in Bitcoin on behalf of its clients.

At the time of the surge, the market sentiment was extremely positive. The coin has just turned 12 on January 3rd, proving once again that Bitcoin skeptics were wrong every time when they proclaimed that the coin was dead, over the years.

The growing prices also had an impact on crypto whales, which continued withdrawing their coins from exchanges, thus contributing to the growing demand, while the circulating supply remains low due to institutional demand.

When investigating the supply, analysts also found that only 4.2 million BTC of the entire circulating supply are actually in circulation. In other words, 78% of BTC is illiquid, sitting safely inside the investors’ wallets.

Previously, it was also reported that over 78,000 short positions — worth around $800 million — were liquidated due to the new price surge. The correction that these traders expected simply did not arrive — until yesterday. One reason for this might be the fact that around 1,000 BTC that has been locked away for 10 years suddenly started to move on the coin’s 12th anniversary.

Whatever the case may be, the coin’s price saw a strong drop, but half of its impact has already been nullified at the time of writing (January 5th), as the coin is seeing the start of yet another new rally.

Bitcoin price has been surging with only a few short interruptions for three straight weeks, now. The coin started going up on December 16th, which was when it reached and breached its old all-time high at $20k. Since then, Bitcoin has been going further and further up, eventually stopped by resistances that would cause its price to slightly drop before moving forward again.

The arrival of the new year, combined with Bitcoin’s twelfth anniversary brought the coin to a new all-time high at $34.600 on January 3rd. Unfortunately, the price was rejected all the way down, to a support at $28,700 before the recovery started.

On Wednesday, January 5th, Bitcoin price is still struggling to breach a smaller resistance at $30,500, which has rejected it three times in the last two days.

What will happen next?

I believe that Bitcoin has not given it everything it’s got quite yet. The coin’s past behavior indicates that the cycle is still far from over, and I expect that BTC will not only return to the previous heights, but that it can hit $50k by the end of this quarter.

If it does, it would also not be surprising for its price to continue going forward, as this number is bound to attract more institutional and retail investors alike. By the end of the year, I expect the coin to be somewhere around $90,000. The stock-to-flow model has been extremely accurate when it comes to predicting the coin’s price based on the supply shock, and the supply is only getting smaller while demand continues to surge.

The post Bitcoin (BTC) price rejected after reaching an ATH at $34,600 appeared first on Invezz.