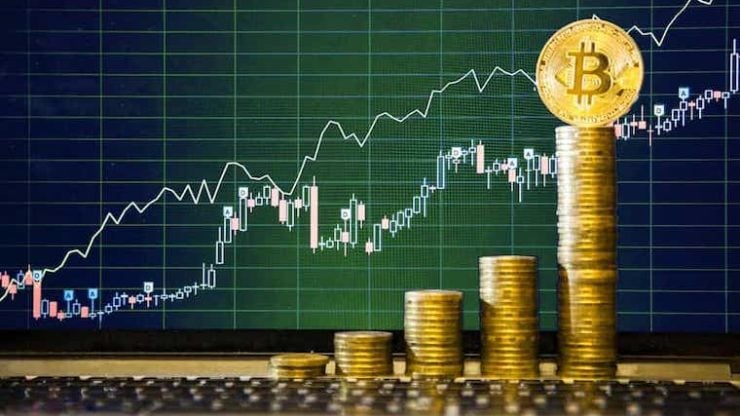 Bitcoin (BTC) price managed to find its way to the upper levels of the $29k level this Saturday morning, effectively hitting yet another new ATH at $29,874. More than that, however, the coin managed to hit an ATH against gold, as well, which happened only yesterday, January 1st.

This Friday, Bitcoin price skyrocketed past the $29k level as its price surge continues. The coin approached $30k, although it did not manage to reach this milestone as of yet.

But, it did reach a new record against gold, as its price gained the value of 15.40 gold ounces. This is the first time that BTC has managed to make an ATH since its peak in December 2017, and it happened only two days before the coin’s 12th birthday.

After breaching this former record, the coin’s surge continued for a short while longer, peaking at 15.62 ounces.

The previous year, with all the negativity it had brought, was nothing less than excellent for Bitcoin itself. The coin saw massive institutional adoption that helped build up the bull market.

Institutional interest led to massive BTC purchases through intermediaries such as MicroStrategy and GrayScale. Meanwhile, the Bitcoin halving that took place last May led to even greater scarcity. With the demand growing and the rate at which new coins are coming to the market dropping, the coin’s price skyrocketed due to pure interest.

Gold also attracted a lot of interest in 2020, particularly when investors started looking for safe havens during the global economic meltdown, caused by COVID-19 fears. But, while gold saw impressive gains, its progress still pales in comparison to Bitcoin’s rise, which is nothing short of meteoric.

Investors clearly tend to choose BTC over gold due to its portability, efficiency, and confirmed scarcity.

The post Bitcoin (BTC) hits a new ATH, this time against gold appeared first on Invezz.