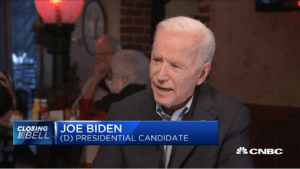 (WASHINGTON, D.C.) With Georgia voters likely sending two Democratic senators to Washington to usher in a Democratic-controlled Senate, a President Biden will have the foundation to pursue the bold agenda he outlined during the campaign: at least $7 trillion in new investments funded by making the rich and corporations begin to pay their fair share of taxes, starting with repealing their Trump-GOP tax cuts.

“Likely Democratic control of both chambers of Congress gives incoming President Biden and Vice President Harris the foundation they need to pursue a bold tax fairness mandate, which they ran on and won,” said Frank Clemente, Executive Director of Americans for Tax Fairness. “Biden proposed to create an economy that works for all of us by making the rich and corporations begin to pay their fair share of taxes and using that revenue for healthcare, housing, education, infrastructure, a green-energy economy and more.”

Americans for Tax Fairness has launched a website explaining Biden’s Tax Fairness Mandate  and analyzed the role of tax issues during the presidential campaign here. ATF is committed to working with the President and Congress to fund critical new investments, slash inequality and close the racial wealth gap by raising trillions in new taxes over the next decade.

“President-Elect Biden was elected by proposing the most progressive tax reform plan and investment agenda put forward in modern times by a major-party presidential nominee. Senators-Elect Warnock and Ossoff echoed that message. Make no mistake, Americans are tired of an economy that rewards the rich and punishes working families. They voted for real change,” concluded Clemente.