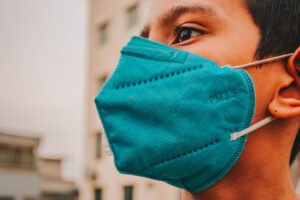 White House Threat To FDA Chief Could Cause Deaths; African Americans At High Risk, But They Have a Guardian

WASHINGTON, D.C. (December 12, 2020) – It has been reliably reported that the White House threatened FDA Commissioner Stephen Hahn that he would be fired if the Pfizer COVID vaccine was not cleared for distribution by midnight on Friday.

Now that it was approved late on Friday, many Americans are likely to become even more wary of taking the vaccine if they believe that its release was caused by threats, and not by a fair and impartial determination that it is both safe and effective, says public interest law professor John Banzhaf.

As a result, millions of Americans, many of whom have their, and have already indicated a reluctance to be vaccinated, are likely turn their backs on it, and as a result many will die, become permanently disabled, or at least be hospitalized, argues Banzhaf, noting that these concerns are reportedly highest among African Americans.

Even before this recent fiasco, there was a growing caucus within the medical community – as reported by CNN, the Washington Post, CBS, WebMD, STAT, and others, and recently joined by former Vice President Joe Biden – calling for an independent commission, free from bias, including pressure from the President, to review the safety and effectiveness of any vaccine before it is widely administered.

For this reason, Banzhaf suggested to the National Medical Association [NMA] – the largest and oldest national organization representing African American physicians and their patients – that the organization act to protect its patient members, and also its doctor members from law suits – by establishing an independent expert committee to evaluate any potential coronavirus vaccine before it is released, and to warn its members if the new drug does not seem to be safe and effective according to generally accepted regulatory and medical standards.

The NMA has announced that it is forming just such a body. As the NMA’s president, Leon McDougle said: “It’s necessary to provide a trusted messenger of vetted information to the African American community . . . There is a concern that some of the recent decisions by the Food and Drug Administration have been unduly influenced by politicians.”

Now, unfortunately, because of this White House action, the NMA’s committee and others urging Americans to be vaccinated may have to work even harder to convince people not only to trust the science, but that science – and not job security – was behind Friday’s decision, says Banzhaf.

The post White House Threat To FDA Chief Could Cause Deaths appeared first on ValueWalk.