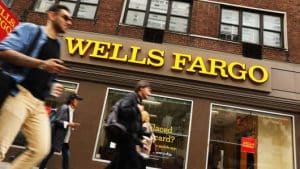 Wells Fargo, the American Banking giant has become the latest traditional financial giant to acknowledge bitcoin’s phenomenal rise in 2020. The banking giant recently released a 7-page investment strategy memo in which it dedicated a full page to Bitcoin. However, the report also took a shot at bitcoin’s high volatility and not much use case in the real world.

The report titled ‘Bitcoin – 2020’s best performing and most volatile asset’ acknowledges the progress and price gains that the top cryptocurrency has made this year, however, it also took a jibe at its high volatility and a market cap which is not even one-fourth of the top technology company S&P 500.  The report said,

“If you feel left out of the craziness, don’t. Most investors have heard of bitcoin but few have ever bought one or used one. They attract a lot of attention, but not necessarily a lot investment money.”

Walls Fargo’s swipe at bitcoin seems a little outdated given the fact that apart from the volatility aspect, investors’ interest and investment opportunity can be debated based on the surge of institutional interest and mainstream traditional giants such as MicroStrategy and PayPal going all-in bitcoin.

The banking giant went onto mention that despite the volatility, bitcoin has managed to outperform both gold and S&P 500 and the digital asset space has the potential to become a popular investment opportunity one day. The banking giant also played down the fad argument used against bitcoin and said that if an asset has managed to rise from nothing to a $560 billion market over 12 years then it’s probably more than a fad.

“Over the past 12 years, they have risen from literally nothing to $560 billion in market capitalization. Fads don’t typically last 12 years.”

“Over the past 12 years, they have risen from literally nothing to $560 billion in market capitalization. Fads don’t typically last 12 years.” pic.twitter.com/eKcONOb6Oc

As we move into 2021, we will discuss digital asset space more both the upside and downside.