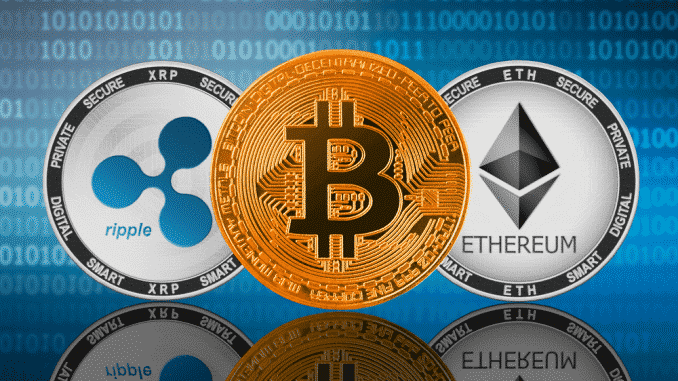 Bitcoin (BTC) couldn’t sustain the early week momentum and saw a major pullback as it approached $19,400 levels. For a majority period of the last week, the world’s largest cryptocurrency remained on a downward trajectory breaking some crucial support levels.

On Friday, Bitcoin (BTC) price dropped below its crucial support of $18,000, however, it registered a strong pullback from $17,600 levels and has gained nearly $1200 points in the last 36 hours. On the other hand, institutional participation in Bitcoin (BTC) continues to get stronger week-over-week.

Ethereum (ETH) struggled to sustain above $600 levels as the craze around the launch of Ethereum 2.0 Beacon Chain fizzles out. Earlier in the week, ETH price made sharp correction losing 10% of its price. However, it had a sharp bounce back from $540 levels. Ethereum tested this support of $540 twice in the last week. ETH has recovered on its way back to $600 and is currently trading at $583 with a market cap $66.3 billion.

Apart from Bitcoin, Ethereum (ETH) remains as one of the top choices for institutions. A report submitted by Grayscale to SEC notes that the Grayscale Ethereum Trust (ETHE) has purchased nearly 11444 ETH worth a massive $75 million. The ETHE is Grayscale’s second-largest crypto fund and accounts for 14% of its total assets under management (AUM).

Ripple XRP remains under selling pressure as it has corrected nearly 20% over the last week. XRP continues it downward momentum over the last week and even moved below the crucial support of $0.50. Unlike Bitcoin (BTC) and Ethereum (ETH), the price of XRP has refused to see any reversal.

The Flare Network recently recorded an official snapshot of the XRP ledger. The goal here is to introduce XRP to the DeFi ecosystem on the Ethereum blockchain network. To initiate the activity, all XRP stakeholders will be airdropped Flare’s Spark (FRXP) tokens.

“It is fantastic to see companies building systems that add utility to XRP and I think the ability to use XRP directly in smart contracts is going to be tremendously useful,” said the Flare CTO.

As the Flare update goes live, XRP token holders can generate the XRP-pegged Spark (FXRP) tokens and use them within the Ethereum-based DeFi ecosystem.