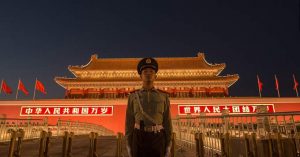 China’s growing influence in the digital currency space has created a sense of urgency among many western counterparts especially the US who view China’s national digital currency as a threat to their financial sovereignty. The US Dollar is currently the default currency of trade in the international trade market with over 88% of market dominance giving the US an upper hand and monopoly of the sort in terms of setting the rules. The recent G7 meeting also concluded that the monopoly over money should remain in the hands of the US.

Amid the rising concerns of digital yuan being a potential threat to the sovereignty of global monetary systems, ex-PBOC chief  Zhou Xiaochuan has come out to rebut all such claims. As per the latest report from SCMP, Xiaochuan during the Shanghai Financial Forum claimed that digital yuan would be a boon for cross-border trade as it would allow for currency exchange and payment in real-time. He explained,

“If the currency exchange is realised at the moment of a retail transaction, and there is oversight of that exchange … it brings new possibilities for interconnection,”

The former governor of the People’s Bank of China (PBOC) shrugged off all the concerns raised by the western nations especially the USA saying that it’s Digital Currency Electronic Payment (DCEP) was never intended to replace global currencies such as the US Dollar or Euro, instead it is meant to be used for retail purpose.

Zhou noted that its digital yuan can be used for international trade and they would like to promote it as an international currency with time however its design was not like Facebook’s now renamed Diem which intended to be a global stable coin.

“If you are willing to use it, the yuan can be used for trade and investment, but we are not like Libra and we don’t have the ambition to replace existing currencies.”

Zhou claimed that they have learned their lesson from Libra’s mistakes and don’t intend to challenge any existing regulatory framework and rather want to convey merchants to use digital yuan rather than forcing it. He concluded,

“Some countries are worried about the internationalization of the yuan, We can’t push them on sensitive issues and we can’t impose our will. We must avoid the perception of great-power chauvinism.”

The post “We Don’t Have Ambitions to Replace Existing Currencies”- Ex-PBOC Chief on Digital Yuan appeared first on Coingape.