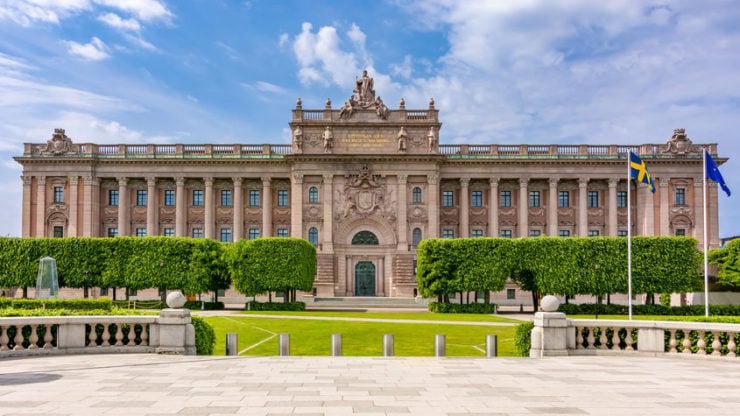 Sweden’s government is set to start assessing the practicability of moving the country to a digital currency. Per Bolund, Sweden’s minister for financial markets and housing, revealed this news on December 11, noting that the government had launched a review on the topic. The review is set to come to an end by the end of November 2022. Reportedly, Anna Kinberg Batra, a former chairman of Riksbank’s financial committee will lead this inquiry.

Per the report, this development marks the country’s most recent move toward shifting into a cashless society. According to Bolund, the government is reviewing whether launching a digital currency would be safe. Apart from this, the government deems it crucial that the digitalized payments market will be available to every Swedish citizen after launch.

“Depending on how a digital currency is designed and which technologies are used, it can have large consequences for the entire financial system.”

Reportedly, Sweden is among the first few countries across the globe that are considering to roll-out digital currencies. Earlier this year, the country’s central bank, Sveriges Riksbank, started running a pilot project alongside Accenture plc to test the feasibility of an electronic e-krona. At the time, Riksbank unveiled that the pilot program will be active until February 2021. Reportedly, the digital e-krona pilot will run on the blockchain, the same technology that underpins bitcoin (BTC).

Apart from this, Stefan Ingves, the governor of the country’s central bank recently went all-in on the idea of launching a sovereign digital currency. Ingves further urged the Swedish parliament to take a similar stance on rolling out a digital e-krona.

In an economic note on 15 October, Ingves said,

“Money and the way we pay are undergoing significant changes now that the economy is being digitalised. Where we previously exchanged cash, we now mainly pay by moving funds between one another’s accounts. The changes have many advantages, but also entail disadvantages and risks. The Riksbank has the task of ensuring that payments can be made safely and efficiently and that the krona retains its value. For this to be possible, cash needs to be both protected and supplemented with a digital alternative. We must also create the conditions required for digital payments to become more efficient. But we also need help from the Riksdag (the Swedish Parliament) and the Government.”

This news comes after Sveriges Riksbank published a report, disclosing that Sweden’s cash usage over this year has plunged further due to the COVID-19 pandemic. However, October registered the lowest cash usage levels to date. According to the report, less than 10% of all payments across the country were made using cash in October.

The post Sweden explores the feasibility of shifting to a digital currency appeared first on Invezz.