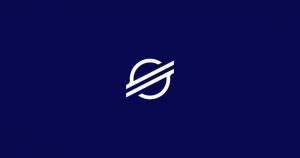 Stellar is the only-double digital gainer in the top 50 following widespread retracements in the cryptocurrency market.  The cross-border token seems poised for a massive 45% upswing after breaking a long-term downtrend.

The trendlines formed a descending wedge pattern, which is a highly regarded bullish indicator in technical analysis. A break above the wedge usually hints at a massive rally, with a price target. As for Stellar, a breakout from the chart pattern is likely to send it upwards by 45% to $0.2345.

Meanwhile, the upswing seems to have already been confirmed, following a 13% breakout over the last 24 hours. However, to validate the uptrend, XLM must close the day above the 50 Simple Moving Average.

At the time of writing, Stellar is doddering at $0.172, while dealing with a resistance zone at the 100 SMA ($0.18). Price action above this area would serve as a massive bullish signal. If the demand for XLM increases, enough buying volume might be created for ballistic price action, targeting $0.2345 (new yearly high).

It is worth noting that the bullish outlook will be thrown out the window if XLM fails to close the day above the 50 SMA. Sell orders are likely to surge under this level, adding overhead pressure on the token. XLM/USD might erase the gains made this week, mostly if support at $294 fails to hold.