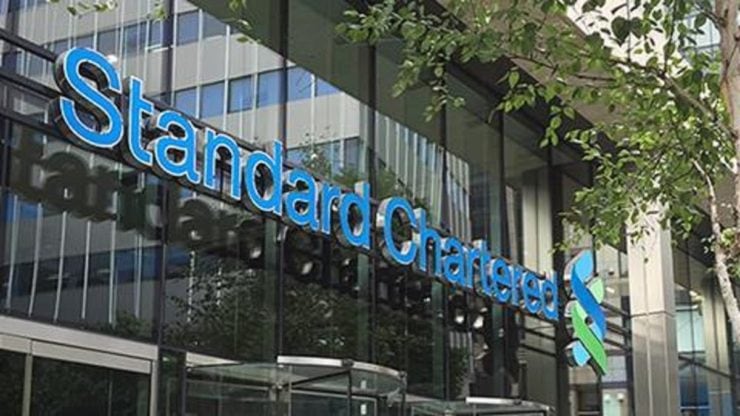 As the international payment system evolves, more companies and institutions in the mainstream are gradually warming up to digital currency adoption.

In the latest development, the Chief Executive Officer of British-based Standard Chartered Bill Winters has hinted that it’s imminent the bank will roll out its digital currency.

Also, the bank chief said the bank will be issuing more statements regarding the move in the coming days.

Cryptocurrency adoption has seen tremendous growth this year, top firms in the tech and payment industry announced the launch of various cryptocurrency-based products. However, the biggest news has been the announcement by PayPal to offer crypto support on its platform.

PayPal is known to resisted strongly any agenda or system that may affect its operational flow and stronghold in the market. However, the company has now seen crypto adoption as the means to grow its business in the ever-growing digital financial space.

Wall Street investment firms also increased their interests in crypto assets. With the latest announcement by Winters, another top player in the mainstream financial world is about building a tent in the crypto space.

However, other banks are still dragging their feet when it comes to offering full support for crypto adoption.

Winters also suggested that transactions using digital currencies can be done for certain projects, such as transactions in the voluntary carbon market. It will give users who are participating in the market the assurance that their financing is “verified, standardized, and monitored.”

Winters addressed the Singapore FinTech Festival today and pointed out why digital currency is important in the world today. He added that it is “absolutely inevitable” for an extensive creation and adoption of cryptocurrencies.

Digital currencies could have a major breakthrough in the niche segments, but not necessarily in the fiat-based cryptocurrency sector, Winters reiterated.