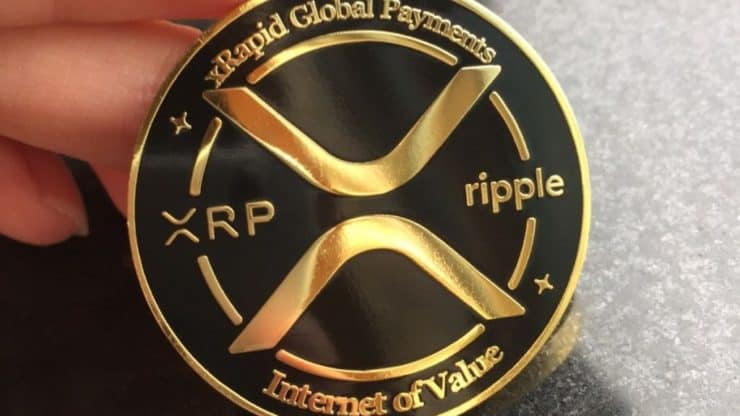 Ripple (XRP) price is trading about 9% lower today after the company confirmed it expects to be a subject of a lawsuit by the Securities and Exchange Commission (SEC).

Ripple is facing allegations that it broke investor-protection laws, according to the company’s officials. Ripple’s chief executive Brad Garlinghouse and co-founder Chris Larsen said the company expects the SEC to file a lawsuit against Ripple for selling unregistered securities to traders.

Ripple believes the SEC will file the lawsuit before Christmas, with Garlinghouse claiming the agency was “fundamentally wrong as a matter of law and fact”.

“XRP is a currency, and does not have to be registered as an investment contract,” Garlinghouse added.

“In fact, the Justice Department and the Treasury’s FinCEN already determined that XRP is a virtual currency in 2015 and other G20 regulators have done the same. No other country has classified XRP as a security.”

“The SEC has permitted XRP to function as a currency for over eight years, and we question the motivation for bringing this action just days before the change in administration. Instead of providing a clear regulatory framework for crypto in the U.S., (SEC Chairman) Jay Clayton inexplicably decided to sue Ripple — leaving the actual legal work to the next Administration.”

In November, Clayton announced his decision to step down as chairman of SEC at the end of 2020, even though his term would expire in June.

Ripple says the SEC claims XRP is a security and that it brings legal action against the company for violating the U.S> laws by not registering the token with the agency before listing it.

On the other hand, Ripple argues that XRP is a currency just like Bitcoin and other counterparts and that it shouldn’t be classified as an investment contract.

XRP price plunged around 9% today to trade below $0.47 on SEC news. This way, the price action is likely to continue its bearish form and close the fourth consecutive day in the red.

The bears are likely to target a break below the December low of $0.4370 next and push towards the 100-DMA that sits around the $0.35 mark. This area is likely to be seen as a solid investment opportunity to buy XRP.

Ripple representatives said they expect the SEC to file a lawsuit against it for violating investor-protection laws. As a result, the XRP price plunged 9% lower today.