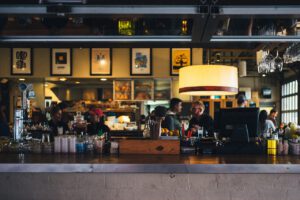 WASHINGTON, D.C. — Today, the Independent Restaurant Coalition (IRC) released the following statement regarding a new framework for a $908 billion COVID-19 relief package that contains no direct aid to independent restaurants and bars, but does set aside money specifically for airlines and music venues. More than one in five people unemployed from the pandemic, or 2.1 million Americans, are restaurant and bar workers. The industry received less than 8% of PPP funds in the Spring.

“Congress’ proposed $908 billion compromise bill will be a death sentence for many independent restaurants,” said Tom Colicchio, co-founder of the IRC. “We’re one of the only industries asked by the government over and over again to close our doors, but this bill does not offers any plan to ensure we can fully reemploy our staff in the months ahead. Just 10 weeks of payroll isn’t enough to make up for 10 months of lost revenue after we’ve opened, closed, pivoted, reopened, and closed again. We will not sit quietly while Congress fails the 11 million Americans who work in independent restaurants and bars. If they can set aside money for music venues and airlines, they can help neighborhood restaurants who are absolutely vital for the families and communities they employ. We urge Congress to stand with the restaurant community and reject any package without direct relief for independent restaurants and bars.”

The Passage Of The RESTAURANTS Act

Last week, the National Restaurant Association released new survey data showing that 110,000 restaurants have closed permanently throughout the pandemic. On the same day, over 22,000 independent restaurant workers and advocates sent a letter to Congress urging the passage of the RESTAURANTS Act.

The bipartisan RESTAURANTS Act is co-sponsored by 215 House members and 51 Senators, including Republicans like Sens. Wicker, Ernst, Graham, Cornyn, Murkowski, and Democrats like Senate Minority Leader Chuck Schumer, Speaker Pelosi, Senator and Vice President Elect Harris, and Sens. Manchin, Warren, Sinema, Durbin and many others. In October, the House passed the RESTAURANTS Act as part of the HEROES Act 2.0.

The proposal would establish a $120 billion Restaurant Revitalization Fund run through the U.S. Treasury, not through participating banks like PPP. Independent restaurants and bars would be eligible for grant amounts based on the difference between their revenues in 2019 and 2020.  These grants can only be applied to eligible expenses including payroll, rent, supplies, PPE, and debt incurred during the pandemic.

The Bureau of Labor Statistics’ November employment report showed that food and drinking places lost 17,400 jobs last month, and are still down over 2.1 million jobs since the start of the pandemic — far more than any other industry. This was the first net loss of jobs for the industry since April, when restrictions were at their tightest. Unemployment in Leisure and Hospitality is 134% higher than the national average.