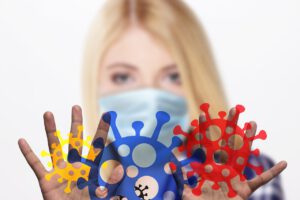 The government’s flawed COVID relief program underscored the need for equity in small business financing, and for stronger enforcement of fair lending laws.

A note for journalists: NCRC is making available geocoded PPP data to its members and news organizations for additional analysis. These data will be provided without representations or warranties. The data comes with interactive charts for your community, and the ability to check the activity of any bank. Media organizations should contact Alyssa Wiltse. NCRC members should contact GIS Specialist Jad Edlebi.

The analysis by the National Community Reinvestment Coalition (NCRC) adds to the evidence that business owners of color and businesses in lower-income communities faced a multitude of obstacles that cut them off from the government’s COVID relief program for small businesses.

The NCRC analysis was based on records of 5 million PPP loans released by the U.S. Small Business Administration (SBA) on December 1. A federal judge ordered the data released after several news organizations sued the agency under the Freedom of Information Act (FOIA).

NCRC geocoded the SBA data to assess the geographic distribution of the loans.

After adjusting the data for the number of businesses in each neighborhood, NCRC’s preliminary analysis found that on average, neighborhoods in low-income areas received a third as many PPP loans, and less than a quarter of the PPP loan amounts, as wealthy neighborhoods. The findings also indicate that neighborhoods of color received significantly fewer, and lower amounts of PPP loans.

“These findings show the depth of inequity in PPP lending, and really just how little the Trump Administration cared about equity or fair lending or doing anything to make sure the PPP program reached everyone who should have benefited from it,” said Jesse Van Tol, CEO of NCRC. “Maybe that’s why the SBA tried to hide the data. This shows us yet again why gathering and releasing lending data is so important, even when it’s uncomfortable to lenders or the government. Small business financing isn’t available or distributed equitably, and the findings from this report suggest a bigger problem. We need much stronger enforcement of fair lending laws, and we need a much stronger and better financed SBA to make sure capital that should be available to entrepreneurs in all communities reaches them.

“We still don’t have a full picture of small business lending in America, and that’s because we’re still waiting for full implementation of the small business data reporting requirements mandated by the Dodd-Frank Act, which was passed after the last financial crisis. Despite this, what we can see today is a system still mired in discrimination and inequity.”

After the PPP program debuted earlier this year, NCRC tested lenders and studied data previously released by the government. These reports concluded that Black and Latino applicants likely faced discrimination and more difficulty getting a PPP loan than White applicants, but that the data released by the Treasury Department was missing information necessary to conduct a useful loan-level analysis.

In its new analysis of all of the PPP loans, NCRC found that, on average, neighborhoods in low-income areas received less than a quarter as many PPP loans (.387 loans per census tract in low-income tracts, compared to 1.787 loans per census tract in upper-income census tracts), and only about one-third of the PPP loan amount ($36,481 per business in low- and $100,539 in upper-income census tracts.) Additionally, the analysis showed that neighborhoods with higher percentages of people of color received significantly fewer loans and lower amounts.