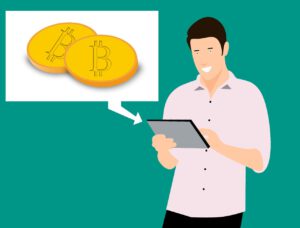 Singapore has always been Australia’s largest trading partner. Although a trading partnership between these two countries has a long history, the official agreement was signed just a few months ago, in August 2020 when Australia-Singapore Digital Economy Agreement (DEA) was achieved. This agreement is an important step forward for both countries as it will develop digital trading between these two countries and bring some innovation to their trading landscape.

There are even more changes ahead of the trading industry of these countries and specifically, the adoption of blockchain technology. Recently the Australian Border Force (ABF) announced that the country is working hard on the cross-border trade solutions with Singapore and their purpose is to make this process simpler. In this case, simplicity means introducing a paperless trading strategy with the use of blockchain technology. The new strategy follows the plan of DEA. The trials to check the effectiveness of this initiative have already started and the first blockchain trial was launched at the beginning of the week to make the documentation between Australia and Singapore fully digital.

How will this affect the financial sector of Australia?

Needless to say that the financial companies in Australia will massively benefit from introducing paperless trading with Singapore. The main reason for this is that it will be officially recognized by the local regulatory authorities which are quite a lot. For example, this strategy will highly likely be beneficial for regulators that manage the forex industry in this country. The main regulatory body of the blockchain in this country is the Australian Securities and Investments Commission and ASIC regulated forex brokers are sure to jump in on the opportunity to minimize their operations costs with Singapore-based clients. Paperless trading gives them chances to gain more customers from Singapore because for them making transactions using blockchain will get easier now. This is why they will have the opportunity to trade with Australian forex brokers more confidently.

Considering the fact that individual traders contribute a lot to the overall economy of the country, the whole financial sector of Australia is going to benefit from switching to paperless trading. This strategy can be advantageous both for the traders and the government because it will help traders to raise funds which will then be reflected in the overall growth of the economy.

Another important aspect of this initiative is that the agency also plans to implement a blockchain-based verification system that has already been developed by some technology experts at the United Nations Centre for Trade Facilitation and Electronic Business (UN/CEFACT). Now the Australian Border Force is completely ready for collaboration with other international companies and organizations as well to expand the program of paperless treading. This is essential to ensure security in the digital exchange of trading information. With the use of blockchain technology now cross-border payments between these two countries will be easier than ever. But before fully implementing this strategy, a lot more has to be done and this is why more blockchain trials are coming to test the idea.

After the trials, the ABF plans to give feedback on the process and present everything in a discovery report in the following year. According to the Digital Economy Agreement signed in August, it’s vital to provide a framework for reducing barriers to digital trade and foster an environment where companies and customers will have the opportunity to take part in the digitization of both Australian and Singapore economies.

According to the Cointelegraph, it is the first step in raising public awareness about the APS blockchain network. It must be noted that the federal budget of 2020 which is $5 million as it was announced in October will be used for two ledger technology initiatives that could benefit the adoption of blockchain technology in the country’s financial sector. And now it’s certain that paperless trading will also play an important role in the process of integrating blockchain.

The post Paperless Trade Between Australia And Singapore With The Help Of Blockchain appeared first on ValueWalk.