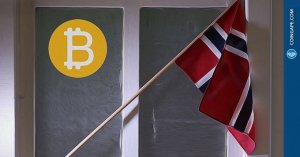 The Norwegian Oil Fund, a government pension fund created back in the 1990s to invest the surplus generated from the petroleum sector for the citizens. The pension fund as of today is worth over $1 trillion in assets bought 2.14% ownership stakes in MicroStrategy and 0.8% stake in Square. The part ownership in the software company and the bitcoin payment app has made the Norwegian government indirect owners of almost 912 bitcoins.

Bitcoin: The Best Bet Against Financial Crisis at Present

The ongoing pandemic has not just changed the way the world used to function but also seems to have a daunting impact on the financial preferences of institutional players and asset managing financial giants. MicroStrategy is currently the biggest bet maker for bitcoin as it has already invested over $1 billion in bitcoin and holds over 40,000 bitcoin on its sheet.

Most of the financial pundits believe that big investors have realized the potential of bitcoin and prefer it over gold, one of the key reasons behind the long stable bull market which is currently eyeing to break the $20,000 barrier.  In fact, MicroStrategy, Grayscale, and Square are currently buying more bitcoins than it is being mined. This institutional FOMO makes bitcoin highly underpriced at present and a takeoff from the current price can see it flip the market of gold in the coming few years.

Norwegian citizen’s ownership in bitcoin would continue to rise if MicroStrategy and Squure Inc buy more bitcoins which at present looks highly likely, at the same time the value of their holdings would grow as the price of bitcoin continue to climb.

The post Norway Now Holds 16981 Sats per Norwegian Citizen As a Result of Govt.’s Stake in Square & MicroStrategy appeared first on Coingape.