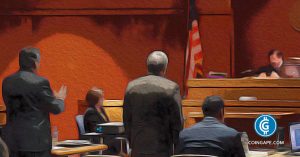 SBI Holdings, the Japanese banking giant and a key Ripple strategic partner has come out in support of the cryptocurrency company after rumors about the company losing its key strategic and liquidity partners started doing the rounds in the wake of the Security and Exchange Commission (SEC) lawsuit filed yesterday.

SBI Holdings released a statement this morning extending unconditional support to the company suggesting they would continue to use its technology and XRP as well despite SEC’s claims of the token being security. The banking giant also pointed towards the fact that 90% of its customers and 80% of remittance volumes comes outside the jurisdiction of the US.

MoneyGram to Keep a Safe Distance From Ripple Until Lawsuit Unfolds?

Another Key Ripple partner MoneyGram has issued a statement on the ongoing Ripple/XRP situation and reading it suggests that the cross-border remittance service is not as bullish as SBI Holdings. MoneyGram in its official statement noted that they had a commercial agreement with Ripple since 2019 which allowed them to use Ripple’s popular On-Demand Liquidity (ODL) services. However, the firm claimed that they did not use it as a primary tool and had many alternatives.

In its closing statement, MoneyGram mentioned that they haven’t used ODL for the direct transfer of consumer funds. The statement read,

As a reminder, MoneyGram does not utilize the ODL platform or RippleNet for direct transfers of consumer funds – digital or otherwise. Furthermore, MoneyGram is not a party to the SEC action.

Ripple is currently facing an SEC lawsuit for an unregistered security sale worth $1.3 billion which violated federal security laws. The SEC is also suing current Ripple CEO Brad Garlinghouse and director Chris Larsen. The news about the lawsuit had a domino effect on crypto platforms that started delisting XRP tokens as the news about the Security lawsuit led many to believe they could be the next target of the SEC for offering unregistered security without a license.

Can SEC’s New Verdict For Digital Asset Brokers Save the Day For Ripple (XRP)?

Amid growing fears of mass-XRP delisting from several crypto exchanges in the US, the SEC offered a breather for digital asset and crypto brokers and platforms. Such platforms offering and holding security tokens would be immune from any regulatory scrutiny for a period of 5 years if they abide by the rules set forth by SEC in Securities Exchange Act Rule.

The SEC’s breather for crypto brokers around the Securities Exchange Act could prove to be a life-saver for Ripple’s technology forefront that it has established over the years with multiple banks and fintech companies. Ripple is most famous for its cross-border remittance service using the XRP ledger currently being used by hundreds of private as well as central banks across the world.