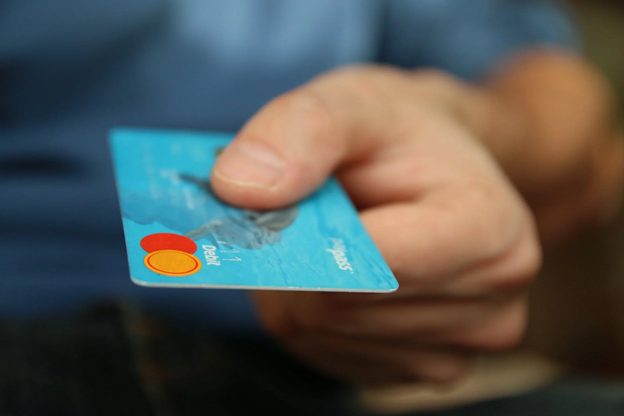 Imagine you are checking out at the grocery store, ready to buy a carton of eggs. It’s a small purchase — maybe $2.75 for a dozen. You hand over your debit card, completely forgetting that you only have $1 currently in your checking account.

This scenario can go one of two ways: if you have overdraft protection, the transaction will go through, and you can walk away with your eggs. If you don’t, though, then your card will decline, and you’ll face the associated embarrassment (and no eggs).

Banks cannot legally force overdraft protection on you. You must opt-in or out of the service, but there are pros and cons to consider before making your decision.

What is Overdraft Protection, and How Does it Work?

When you sign up for overdraft protection, your bank will cover a transaction’s costs if you don’t have sufficient funds. You can also set up a backup account to pull from when your checking account is too low.

Let’s say the bank covered the cost of your eggs in the above scenario. Your account is now overdrawn — only by $1.75 — but your bank gets to charge you a fee for lending you this small amount. According to Bankrate, the average overdraft fee in 2019 was $33.36. So, you avoided the embarrassment of a declined transaction, but you just purchased some extremely expensive eggs.

Overdraft protection also applies to ATM withdrawals, paper checks, and online bill payments. One in five Americans pay at least one overdraft fee each year, and banks collected a staggering $34.3 billion from consumers in said fees in 2018.

The Benefits of Overdraft Protection

The primary benefit of overdraft protection is that you can make purchases with insufficient funds. This feature can be advantageous if you’re in a tight spot or an emergency arises. Not being able to pay for a carton of eggs is one thing, but what if you owe $800 in rent, but only have $600 in your account? The $33 overdraft fee seems like a necessary evil to cover that $200 and hold you over until your next paycheck comes in.

As mentioned previously, you may be able to link a backup account with your own funds to cover an overdrawn checking account. You might be able to avoid overdraft fees if this is a sufficiently filled savings account, but you might also incur a fee if your backup source is a line of credit.

The Drawbacks of Overdraft Protection

Overdraft protection fees can perpetuate the cycle of poverty. There is probably a reason why your checking account only has $1 in it, so buying $36.11 eggs is more trouble than it’s worth because you need all of your next paycheck for other necessities. Those fees can rack up quickly if you frequently have insufficient funds for legitimate reasons (or if you exercise unwise spending habits).

Transactions can still decline if your backup account lacks sufficient funds, and your bank is unwilling to cover it. It’s possible to have a line of credit as a form of overdraft backup, but you will also have to pay interest fees because it’s technically a loan. To make matters worse, standard credit regulations don’t apply to borrowing money this way, so banks are not obligated to provide you transparent disclosures or a reasonable amount of time to pay it back.

In addition, overdraft fees can appear on your ChexSystems report (distinct from your credit report), which may impact your ability to open a bank account in the future if you overdraw your current account too often (on the other hand, merchants may also report you to ChexSystems for bad checks if you don’t have overdraft protection).

How to Avoid Overdraft Fees (Without Protection)

If you don’t want to pay for overdraft protection but worry about having insufficient funds, you can sign up for text or email alerts that notify you when your balance is low. This way, you can replenish your account before making your next purchase or use a different form of payment.

One example of these apps is Earnin,  which not only provides low-balance alerts but lets you access money you’ve earned but haven’t received yet without mandatory fees or interest. You can use this feature to help ensure your bank balance stays positive.

Overdraft protection has its advantages and disadvantages. When deciding if it’s right for you, consider how often your checking account is low, what your expenses look like, how regularly you are paid, and what your alternatives are.

This article originally appeared on Earnin.