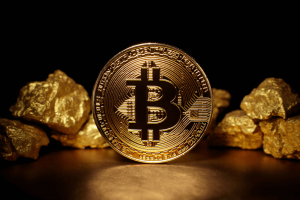 Chris Wood, global head of equity strategy at Jefferies has become the latest mainstream investor to opt for bitcoin in his portfolio at the cost of gold, reported Business Insider. Wood has most of his portfolio invested in US dollar-denominated pension funds established in the third quarter of 2020. Jefferies global head reinstated what many institutions have been saying for quite some time now, i.e bitcoin is increasingly becoming the choice as an inflation hedge.

Wood in his weekly letter to investors talked about how Bitcoin’s ongoing rally has pushed its narrative as a better store-of-value over gold. He said,

“The 50 percent weight in physical gold bullion in the portfolio will be reduced for the first time in several years by five percentage points with the money invested in Bitcoin. If there is a big drawdown in bitcoin from the current level, after the historic breakout above the $20,000 level, the intention will be to add to this position,”

Wood’s comments are not the first of its kind, many institutions and institutional investors are increasingly adding bitcoin to their portfolio. Not only that many mainstream tech firms such as software giant MicroStrategy see Bitcoin as a Treasury asset while the world’s biggest asset manager BlackRock believes the top cryptocurrency has the potential to flip gold in the near future due to its technical superioty.

Gold was the undisputed choice of institutional investors when it came to diversifying their investment portfolio, but that seems to be changing with Bitcoin’s ongoing bullish rally pushing its price over the previous yearly high of 2017.  In fact, the recent price rally made it again the most non-correlated asset of its kind, while earlier its price movement was quite similar to that of the S&P 500.

Wells Fargo, the American banking giant recently published a paper for investors where it dedicated one who section to bitcoin, calling it the most profitable asset of 2020 while taking a dig at its high volatility. However, the banking giant concluded with one of the most empowering quotes for Bitcoin saying,

“Bitcoin cannot be deemed as a Fad anymore, as Fads don’t last for 12 years”