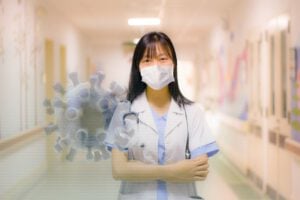 The major indices are all sporting modest gains at midday following another positive start to the session on Wall Street. A bipartisan group of lawmakers unveiled yet another stimulus proposal, with a total sum of $908 billion in the wake of last week’s failed talks, sparking optimism among investors that a deal could still be struck this year. According to an FDA report, Moderna’s (MRNA, -3.0%) vaccine candidate was proven effective by the authority meaning that the second serum could soon be approved and distributed amid the continued surge in the number of COVID cases in the U.S.

Apple (AAPL, +3.1%) also gave an early boost to the broader market, as the most valuable public company announced that it will increase iPhone production by up to 30% next year. On a negative note, the large-cap benchmarks gave back a large portion of their early gains by midday, similarly to yesterday’s session, as traders digested the mixed economic releases. Industrial production beat the consensus estimate by a hair, but the pace of the recovery slowed compared to last month’s reading, and the Empire State Manufacturing Index also pointed to cooling growth in the sector.

Market breadth has been relatively strong this morning, with advancing issues outnumbering decliners by a 7-to-3 ratio on the NYSE at midday. Only 7 stocks hit new 52-week lows on the NYSE and the Nasdaq, while 118 stocks hit new 52-week highs. The major indices have been trading below their daily VWAPs (Volume-Weighted Average Price) for most of the morning session, pointing to intraday selling pressure. Materials and utilities have been the best-performing sectors in early trading, while tech stocks had a mixed and volatile morning session, and cyclicals edged higher following yesterday’s selloff, so we could be in for an eventful afternoon. Stay tuned!