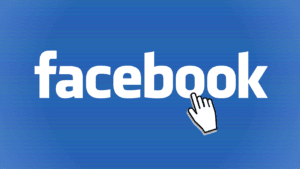 Facebook faces a pair of antitrust cases filed by 46 states, the District of Columbia and Guam, and the Federal Trade Commission. The lawsuits allege that Facebook became dominant in the social media industry through anticompetitive tactics stretching back years. Those tactics included the acquisitions of WhatsApp and Instagram, which could have become serious competitors with Facebook.

The antitrust cases filed against Facebook also call for a breakup of the $800 billion company. The company could be forced to sell Instagram and WhatsApp if the Federal Trade Commission and the states have their way. The pair of lawsuits alleges that Facebook followed a “buy or bury” strategy to gobble up rivals while holding smaller competitors at bay.

The two lawsuits were filed on Wednesday, making Facebook the second major tech company to go up against a serious legal challenge this year. The Justice Department sued Alphabet’s Google in October, accusing it of using its dominance in the market to fight off rivals.

According to CNN, Ian Conner, director of the FTC’s Bureau of Competition, said in a statement, “Facebook’s actions to entrench and maintain its monopoly deny consumers the benefits of competition. Our aim is to roll back Facebook’s anticompetitive conduct and restore competition so that innovation and free competition can thrive.

The antitrust cases against Facebook look to latch onto CEO Mark Zuckerberg as a villain in the company’s story. According to The Washington Post, state and federal officials portray him in the lawsuit as someone who could “star in a Silicon Valley update to The Godfather.” The complaints state that Facebook’s rivals cower at “the wrath of Mark” as he creates schemes to “eliminate” competitors, which face being “snuffed out” if they go against his wishes.

The lawsuits describe one anecdote involving Zuckerberg and Instagram co-founder Kevin Systrom, who sought advice from an investor while thinking about Facebook’s $1 billion offer to buy Instagram in 2012. He’s quoted as saying, “Will he go into destroy mode if I say no?” The answer was “probably.”

Systrom quickly decided to sell Instagram to Facebook, and the lawsuits paint him as being unable to refuse Zuckerberg’s offer. The depiction of Zuckerberg as a villain is supported by damning emails.

Facebook stock was little affected by the antitrust cases. The shares declined less than 1% during regular trading hours on Thursday.