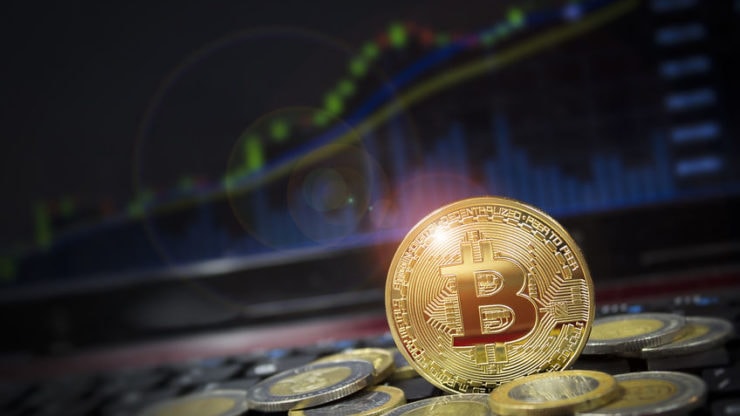 After bitcoin (BTC) recently set new highs, David Rosenberg, the chief economist, and strategist at Rosenberg Research & Associates has come out to bash the coin. He went on an interview on December 17, where he said Bitcoin is a massive bubble and that its investors do not understand how its supply works. Rosenberg, who is famous for identifying the housing market bubble 15 years ago, noted that most BTC enthusiasts do not even know who developed it or how it is mined.

Referring to BTC, he said,

“It’s just a classic follow-the-herd, extremely crowded trade. It’s in a massive bubble and everybody seems to believe that we are going to get to that 21 million cap on the supply constraint, but there is really nothing on the protocol to suggest that the supply of bitcoin can’t go up once we hit that limit.”

He went on to distinguish bitcoin from gold saying that the supply curve of gold is certain while the bitcoin’s is unknown.

While Rosenberg’s opinions were assertive, most of his statements were wrong. This is because:

According to bitcoin.org, a website that was originally registered and owned by Satoshi Nakamoto, bitcoin’s developer,

“Bitcoins are created at a decreasing and predictable rate.”

Basically, bitcoin is a form of money that has all the features of traditional currencies such as “durability, portability, fungibility, scarcity, divisibility, and recognizability”. Unlike physical properties such as gold and silver, it is backed by mathematics, and the network is decentralized.

While mathematically writing Bitcoin’s code, Satoshi Nakamoto set a total supply of 21 million bitcoin. Therefore, only 21 million BTC will ever be created unless there is a protocol change. However, the protocol cannot be amended without the cooperation of all the bitcoin users considering the decentralized nature of the network. It would not even make sense for anyone in the BTC community to make a change that would compromise their money.

On the other hand, the supply of gold remains unknown. A good reason for it is the technological advancements that can cause cheaper gold mining.

Bitcoin is not a “bubble”

Bitcoin’s significant rise in price does not indicate that it is a bubble. Something is a bubble when it is artificially over-valued which can suddenly go down.

In the case of bitcoin, the price depends on its supply and demand. At the moment, especially looking at the institutional buying trend, the demand for bitcoin is increasing very fast, so the price is. Besides, new bitcoins are being created at a decreasing rate which is why the price is climbing up.

In 2017, the crypto market saw a massive boom in BTC price and then a huge crash in 2018. However, during Singapore’s FinTech Festival, Winklevoss twins, the early crypto adopters, explained the current rally is not the same as the previous one. According to Tyler Winklevoss, the co-founder of Gemini cryptocurrency exchange, the 2017 price rally was a FOMO thing. Commenting on the current surge, he said,

“This is the most sophisticated investors, the smartest people in the room, buying the bitcoin quietly…… This cast of characters, these companies, these investors were not in bitcoin back then.”

“Publicly traded companies like Square and MicroStrategy putting their treasury cash into bitcoin because they’re worried about the oncoming inflation and the scourge of inflation with all the money printing and the stimulus from the Covid pandemic lockdown,”

According to Michael Saylor, the founder and CEO of MicroStrategy (the company currently holds approximately 40,824 bitcoins),

“Bitcoin is a bank in cyberspace, run by incorruptible software, offering a global, affordable, simple, & secure savings account to billions of people that don’t have the option or desire to run their own hedge fund.”

“The reason why it’s not really a valid investment thesis is because it’s so bloody volatile.”

However, Samuel Junghenn, the founder and CEO of Symbiosis Capital has a different outlook.

“Just because something is volatile, it does not mean that it is not a “valid” investment. There are plenty of people, both professional and private, that make their livings off volatile investments. It comes down to three things; first of all, knowing what your downside risk is; secondly what is the upside in relative terms to the downside; and third what is the probability of the investment paying off.”

Junghenn added that volatility might be beneficial or detrimental, depending on the kind of investment one is making. According to him, volatility is great for traders, seeing as they can’t make profits without volatility.

He does not only see Bitcoin as an investment; it is a way of life to him.

“Our fundamental work shows that bitcoin should be worth about $400,000. It’s based on the scarcity and relative valuation such as things like gold as a percentage of GDP.”

Scott Melker, a renowned crypto trader, has encouraged his followers on Twitter to buy bitcoin.