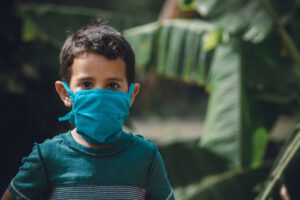 Covid Relief Bill Will Include $220 Billion In Presents

(WASHINGTON, D.C.) Like a misguided Santa shortchanging the poor side of town in order to give more to the rich kids, Congress in its year-end pandemic relief bill included over $220 billion in presents to powerful business interests that could instead have been used to bring a merrier Christmas to America’s struggling working families.

After being held up for seven months by the Republican-led Senate, the $900 billion package provides much-needed financial support for families, small businesses, jobless workers, schools, vaccine distribution and more. But if not for tax handouts to wealthy business owners, high-end restaurants (like President Trump’s), Hollywood studios and other economic elites, this dark holiday season could have been made considerably brighter for the nation’s unemployed, uninsured and hungry.

“Congress gave in too much to its inner Scrooge in this holiday gift package,” said Frank Clemente, Executive Director of Americans for Tax Fairness. “It’s the unemployed, working families and state and local government workers at the front lines of fighting the pandemic who needed those gifts to bring them some Christmas cheer and hopes for a happier new year, not greedy corporate interests.

“The biggest unwarranted handout—a whopping $200 billion—is to rich business owners who’ll get to deduct expenses that the American people paid for through the Paycheck Protection Program,” Clemente explained. “When so many average Americans are suffering, diverting hundreds of billions of dollars to the wealthy is the biggest holiday heist since the Grinch stole Christmas.”

An explanation of six of these expensive tax breaks and their costs is below. They include: letting businesses cut their taxes by deducting expenses paid for by taxpayers ($200 billion); doubling the business-meals tax deduction ($6.3 billion); permanently lowering excise taxes on alcoholic beverages ($9 billion); failing to tax profit shifting by multinational corporations ($4.3 billion); and providing tax breaks for making movies and operating race car tracks ($2.5 billion).

(Cost estimates are from Congress’s Joint Committee on Taxation unless otherwise noted.)

Deducting Expenses Paid For By Taxpayers

The COVID-19 relief bill overturns an IRS rule that prohibited businesses getting Paycheck Protection Program (PPP) loans that are ultimately forgiven to deduct payroll and other expenses the loans paid for when calculating taxes owed. Permitting such deductions amounts to businesses double dipping: they receive tax-free income from taxpayers when the loan is forgiven, then deduct expenses that public income paid for to cut what they have to pay in taxes. Wealthy business owners will benefit most from this double dipping, since they got the lion’s share of PPP loans and benefit the most from tax deductions. Just 1% of the program’s 5.2 million borrowers—high-rollers seeking $1.4 million in loans and above—got more than a quarter of the $523 billion disbursed.

The Joint Committee on Taxation (JCT) did not estimate the cost of this tax break. JCT considered it a “technical correction” that merely confirmed the tax treatment the committee had already assumed for the payments and their use when the PPP program was created last March. However, outside budget experts have determined that eliminating this tax break would raise roughly $200 billion for more worthy goals: it could, for example, more than double the $300 in enhanced unemployment benefits offered by the legislation over the next 10 weeks (cost: $120 billion)—replicating the  $600 special benefit that tided over so many workers last spring and summer—or provide the lower $300 benefit for 16 weeks, instead of the 10 weeks currently offered.

A perennial and unnecessary tax break that allowed businesses to deduct from taxable income 50% of the cost of “business” meals will now be doubled to allow businesses to deduct the full cost from 2020 through 2022. Expanding this tax break will mostly help high-paid executives enjoying three-martini lunches and the fancy restaurants they frequent. The expensive eateries owned by President Trump, who pushed hard for this provision, will undoubtedly be among the beneficiaries.

The Congressional Research Service noted recently: “The direct effects would be primarily felt by businesses that use entertainment and meals as part of their development strategies and a gain to businesses currently incurring entertainment and meal expenses. In other words, the direct effects of the change would likely benefit the businesses that are best weathering the COVID-19 pandemic.” A tax cut that underwrites expensive business meals while tens of millions of people struggle to put food on the table is a particularly troubling example of the divergent impact of the national emergency on rich and poor.

Brewers, vintners and spirits makers can raise a holiday toast to themselves for the $9 billion tax break they secured through reduced excise taxes on beer, wine and distilled spirits. These reduced excise taxes, first enacted on a temporary basis in 2018, were made permanent in the COVID-19 package. But the alcohol industry hardly needed a tax break this year: alcohol consumption is way up during the pandemic, according to a recent Rand Corporation study.

Failing to tax profit shifting by multinational corporations. Cost: $4.3 billion over five years. The CFC Look-Through Rule allows a U.S. multinational to shift profits among its offshore subsidiaries without triggering the tax bill that would normally be due. Certain kinds of income—like interest, rents, dividends, and royalties—can be easily manipulated to disguise its country of origin. Such income is called “Subpart F income” after the section of the tax code designed to prevent its tax-avoidance abuse. The CFC Look-Through Rule allows companies to dodge taxes on Subpart F income by removing their obligation to report the transactions that create it. This tax break got a five-year extension in the COVID-19 package. It will complicate efforts by the incoming Biden administration to curb profit-shifting by multinationals.

Providing tax breaks for making movies and operating race car tracks. Cost: $2.5 billion over 5 years. It was like one of those Christmas movies that are all over TV this time of year, except instead of a lonely mom finding happiness it was Hollywood studios and race track owners. They both got a five-year extension of tax breaks that should not be in the tax code in the first place.