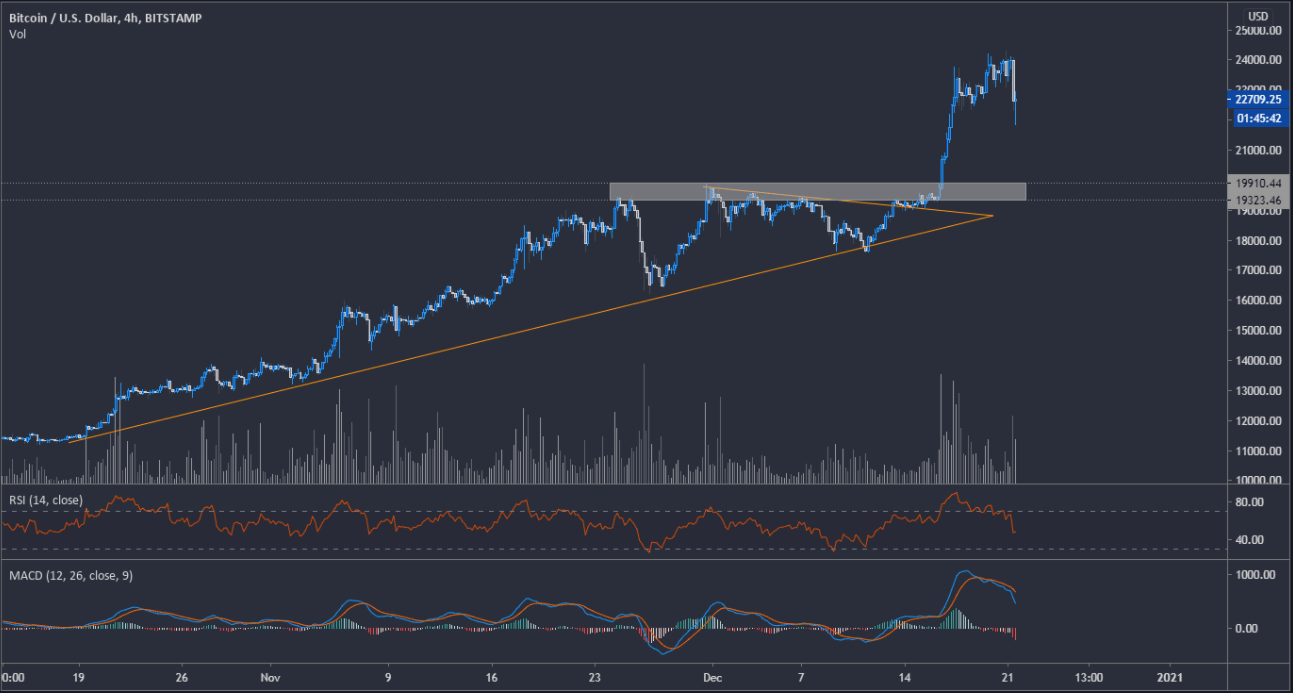 • Despite latest Ripple losses, Bitcoin continued to stay bullish as it holds above $23000 since yesterday
• It failed to resume bullish after failing to surpass the current $24300 high level.
• A liquidation below the $21864 support level would trigger further correction to $20000

Bitcoin is yet to find another major movement above $24300 (current ATH) since it saw a sharp correction to around $21864 this week. Although the price bounced back above $23000 level yesterday and it has since held the mentioned level as support. Bitcoin gained 13.8% over the last 7 days as it trades around $23608 at the time of writing.

The market structure shows that the trend is still bullish on the current 4-hours chart. Though the trend is slightly bearish on the MACD and the RSI indicators, but we can expect a continuation if their mid-levels provides strong support.

Apart from the recent $21864 correctional level, Bitcoin has further pushed supports at $22327 and $22930 (now acting as daily support). These pushes indicate more potential price increase for the leading cryptocurrency. Today, it attempted to break even but failed at $24096 level (on Bitstamp).

But looking at the trend on a higher time frame, Bitcoin is trading in the RSI overbought zone, which suggests a potential sell signal. For now, it is still under bulls’ radar.