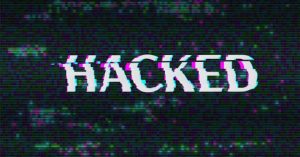 Defi project COVER protocol has become the latest victim of an exploit resulting in millions of stolen Cover tokens worth $2 million. The hacker exploited the cover protocol and minted an unlimited supply of cover tokens. The price of token has crashed by more than 77% since then.

The attackers managed to exploit a bug in the Cover’s incentive contract called infinite mining bug’. Nansen, an analyst group focused on Ethereum wallets revealed that the exploiter managed to carry on his exploits for over 2 hours and all of the $2 million stolen funds were minted token.

Attacker minted for around 2 hours, then first dumped 113 $COVER on 1inch.

Minted for another hour or so, then final dump here: https://t.co/DNU94gcbKp pic.twitter.com/pFq9eZWlwO

As per the latest update on COVER hack, Binance has suspended the COVER token trading and deposits following the hack news. While many are appreciating Binance for quick response many others are questioning the quality of on-boarding process and standards in Defi space.

Defi ecosystem has managed to increase its market cap from under a billion to over $17 billion this year itself, thus making it a prominent success story. However the recent slew of rug-pulls, exit scams, and multiple exploits has also drawn several parallels with the infamous ICO era. Defi is on the verge of making it big and finally going mainstream through its use cases in the Forex and digital banking networks. However, the growing concerns around security must be addressed to make that possible.