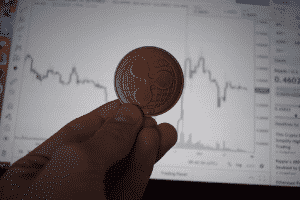 More exchanges continue to delist XRP from its platform in the wake of the SEC security lawsuit against Ripple. Bittrex has become the latest exchange to announce the deleting of XRP trading pairs from its platform by January 15. The exchange informed its customers that they would be able to access their XRP holdings even after the removal until further notice.

Bitterex will be removing a total of four XRP trading pairs that would include,

The $XRP markets will be removed on Friday, January 15th at 4:00PM PST.

The SEC lawsuit against Ripple and two of its executives took the hardest toll on the XRP token which has lost more than 80% of its market up until now in the wake of the lawsuit. The SEC accusation of XRP being security has also led to a mass delisting spree from crypto exchanges and up until now nearly 10 crypto platforms have either halted XRP trading services or announced that they would delist XRP trading pairs in the coming month.

The delisting spree and the crashing token price have cost XRP its long-held and quite controversial third spot to Tether and yesterday Litecoin flipped it for the fourth spot as well.

Ripple has offered very few public statements in the wake of the SEC lawsuit, where the crypto firm has defended itself against the accusations and called for community support until the allegations are proven. The firm also released an official statement yesterday claiming that the SEC’s proceedings against them would harm the crypto community at large and million of XRP holders.

The SEC has introduced more uncertainty into the market, actively harming the community they’re supposed to protect. It’s no surprise that some market participants are reacting conservatively as a result.

Our statement regarding recent market participant activity in response to the SEC’s lawsuit. https://t.co/IpQYeCuV5A

Many in the crypto community including the likes of Binance and Coinbase has earlier extended their support to the crypto company, however, Coinbase announced XRP delisting soon after. Many belive Binance’s US crypto platfrom would have followed many other exchanges and delist XRP.

First Court Date For SEC vs Ripple Set For February 22

The first hearing in the SEC vs Ripple and two of its executives are set for February 22 for the initial pre-trial conference. As per the official court document, Judge Analisa Torres ordered all the parties involved in the case to appear on February 22, 2021, through a telephonic call owing to the pandemic.

The judge also ordered both the parties to file a brief description of the case by February 15 that would contain factual and legal bases for their respective claims as well as any proposed motions and the prospects for the settlement.