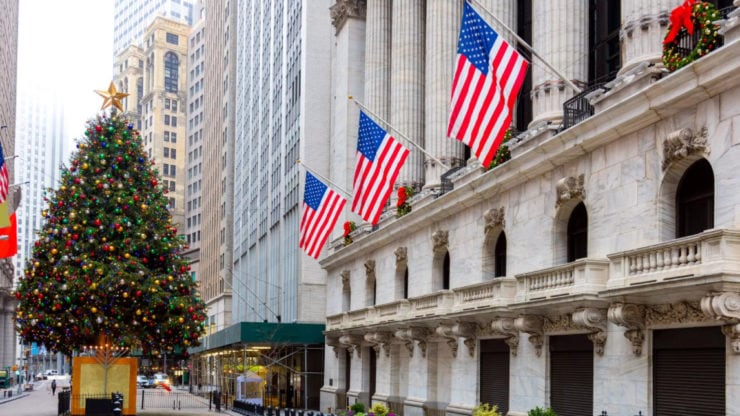 The price of Bitcoin has seen massive growth over the past two weeks. The coin reached a new ATH, only to progress even further up after a brief correction. The coin’s most recent record is $28,288, and while there is not a lot of time left in 2020, it is still possible that BTC could have one last surge, and hit one more milestone before 2021 arrives

Over the last week, Bitcoin has seen tremendous price growth, most of it taking place during the weekend, right after Christmas. As soon as the holiday ended, BTC price — which traded sideways for a few days — started a massive surge that added $4,000 to its price, allowing it to delve higher than ever before, and exceed the next psychological barrier of $25,000.

Not much has changed in terms of demand — the coin is still being purchased at an incredible rate. Its daily trading volume is above $65.7 billion, and its market cap recently exceeded $500 billion, exceeding the likes of Mastercard, Samsung, Walmart, and even Visa this past Sunday.

Meanwhile, there have been some negative predictions as well, such as Kevin O’Leary’s warning that regulators will come down hard on Bitcoin. His statement was echoed by Peter Schiff, who said that the sudden rise of the coin’s price is bound to attract regulators.

Another statement by Dave Ramsey, a well-known financial guru, said that he doubts that Bitcoin can be cashed out, advising investors to sell as quickly as possible.

On a more positive note, Bitcoin derivatives have skyrocketed higher than ever, and even some June futures predicted a price of $30,000 per coin. Of course, after BTC already hit $28k, it is possible that this price will be reached much sooner than June.

Technical analysis: Another ATH followed by another correction

As mentioned, Bitcoin traded sideways for several days before Christmas, as it attempted to breach the $24k level. The breach did happen, on the very Christmas day, as the coin made a new ATH of $24,578 before seeing a mild correction.

The correction did not take it far down, and the $24k level already started acting as a major support on the very same day.

Over the weekend, Bitcoin skyrocketed again, hitting the new and current ATH of $28,288.84. Once again, after hitting the ATH, the coin’s price was rejected and a correction commenced.

By Sunday evening, the coin’s drop was stopped by a support at $26,200, preventing it from sinking further, and allowing it to recover slightly. Since then, the coin managed to go back up to the $27k level, although it continued to fluctuate between this new resistance and a support at $26,700.

There have already been plenty of predictions for Bitcoin’s price in 2021. June futures are proof enough that investors remain optimistic, and that many see this bull run as a lengthier and healthier one than the one in 2017, which was since said to have been a product of price manipulation.

I believe the same. The stock-to-flow model has been extremely accurate when it comes to anticipating Bitcoin’s future price action. There is a major supply shock caused by massive demand by institutional investors, and the coin’s scarcity ensures that the price growth will continue, should the demand remain unchanged.

I believe that Bitcoin has the potential to reach $50,000 by the end of Q1 2021, and to go as high up as to $80k by the end of June. Historically speaking, the summer might bring a correction, or more of sideways trading, but I expect the bull run to continue as the year starts approaching its end. With that in mind, I expect Bitcoin to hit $90,000 by Q4 2021.