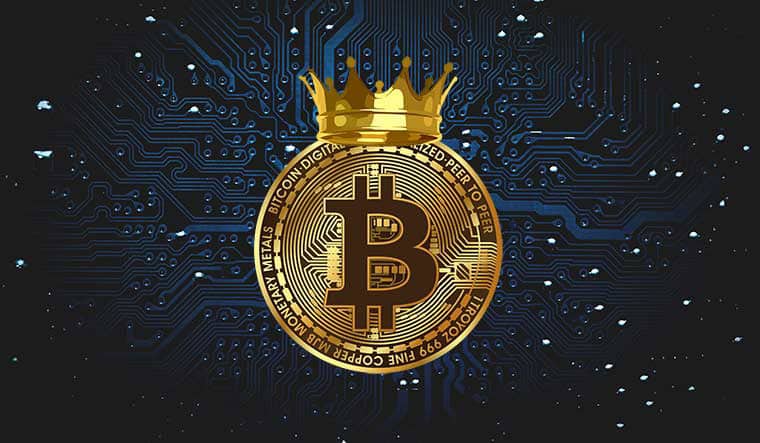 Bitcoin (BTC) supply from the exchanges is drying up quickly and it’s happening faster than we can imagine. In recent times, institutional buying for Bitcoin has been increased and there’s a high chance that most of it are going to cold storage. Last week, institutional inflows to crypto funds stood second-highest at $429 million.

Interestingly, during the same period, $700 million worth of BTC has moved out of the exchanges. It shows that the outflow is larger than the inflows as institutions continue to stash up more BTC in cold storage.

I keep repeating this, but a #Bitcoin liquidity crisis is playing out in front of our eyes.#Bitcoin removed from Exchanges is continuing to drop.

Another $700 million removed off exchanges this last week, more people are stacking. pic.twitter.com/yhLCQyqPuX

As we can see from the above chart, there’s a continuous drop throughout for the Bitcoin (BTC) supply on exchanges and the situation continues to intensify further. The recent institutional participation in Bitcoin is unfathomable and unprecedented at the same time. It looks like we can soon see institutional FOMO for Bitcoin as every big player want’s a piece of the giant BTC cake.

Retailer buyers need to roll-up-their-sleeves and make a smart entry. Also, the latest Bitcoin (BTC) price correction gives a good opportunity for investors to chip-in and make long-term bets. However, as per the recent survey, one of the biggest fears for retail investors is a government ban on Bitcoin.

What are the biggest risks for #bitcoin? Results of my latest poll show most of you (34%) voted government ban or regulation as biggest risk, followed by quantum computing (21%) and centralized mining in China (18%). Good to see we got rid of forks and futures manipulation fud. pic.twitter.com/zPWlEP4Z3H

Besides, the insurance giant has also announced a minority stake purchase worth $5 million in NYDIG. Tim Corbett, Chief Investment Officer of MassMutual said:

“We believe that having an equity stake in NYDIG as well as a Bitcoin position in our general investment account will help us deliver long-term value to our policyowners. We look forward to further exploring additional ways to work with NYDIG, consistent with our ongoing focus on innovation and diversification.”

Every week since October 2020, institutions have been pouring sizeable amount in Bitcoin (BTC). In fact, the latest report from JPMorgan notes that institutions are moving funds out of Gold ETFs and moving it to Bitcoin since October.

Big players like MicroStrategy and Guggenheim Partners continue to make aggressive bets of over $500 million. As said, this could be the beginning of institutional FOMO. Currently, Bitcoin is facing downwards selling pressure slipping below $18,000 levels. A closing day below $18,000 can push it further lower up to $16,200 levels.