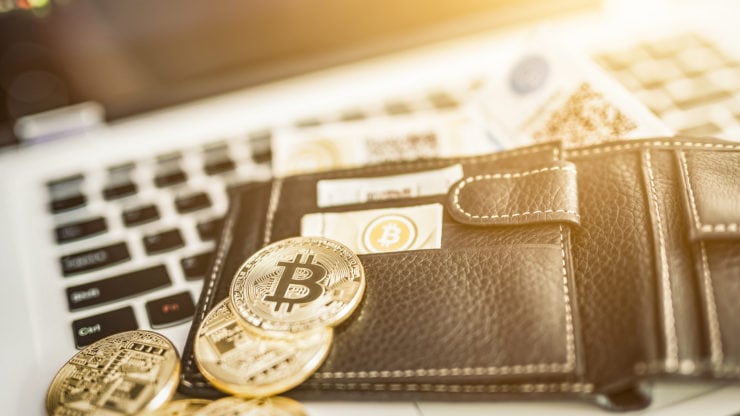 Cryptocurrency market cap moved about 2% lower today as some investors decided to take profit after the latest push higher. In the meantime, China distributed $3 million of digital yuan.

JD.com announced it has become the first online platform to adopt China’s digital currency.  The move is a part of a real-world major trial for the digital yuan in the Chinese city Suzhou.

JD.’com’s fintech branch said in the announcement that a total of 20 million yuan ($3 million) will be available in the lottery. The lottery winners will receive a “red packet” through an app, which can contain up to 200 yuan of digital yuan. A hundred thousand of red packets will be distributed as a part of the lottery.

The recipients will then be able to spend digital yuan on JD.com’s online shopping platform. This is the second time China has distributed a large amount of its digital currency after it dispensed 10 million yuan to Chinese citizens in Shenzhen in October.

“In essence, the digital yuan can help strengthen the state’s surveillance and control over the economy and society,” said Frank Xie, a professor in business at University of South Carolina Aiken. “It enhances the centralization of authority. That may be the fundamental reason why it has been strongly pushed and rushed by the state.”

China’s digital currency is governed and issued by the People’s Bank of China. Central banks around the world are considering issuing their own digital currencies as they offer unique features including improved cross-border payments as well as helping countries shift toward cashless societies.

“The authorities are aware of the challenges posed by sudden monetary outflows. The introduction of the digital yuan would allow them to implement better levels of capital control,” said James Gillingham, CEO and co-founder of Finxflo.

Earlier in 2020, The Bank for International Settlements (BIS), is an international financial institution controlled by central banks, said that 80% of the global central banks “had already started to conceptualize and research the potential for CBDCs.”

The cryptocurrency market has dipped about 2% lower to trade at $552.60 billion, after printing a near three year high at $593.32 billion in November.

Bitcoin price is trading 1.95% at the moment at $18,995 as some investors have decided to take profit after the recent trip to record highs. Looking at the weekly chart, the price action has been creating a series of the lower highs after recording $19,918 on December 1st.

In a similar manner, Ethereum price is attempting to stay above the long-term 38.2% Fibonacci support line. This level comes at $592 and now acts as support after getting broken as a resistance.

Looking more long-term, the 50% Fibonacci line – located around the $750 handle – is a prime target for ETH bulls. However, we may have to wait for a pullback to take place first before another leg higher takes place.

Ripple price is struggling more today than its two bigger counterparts. XRP price is trading about 4% in the red today after recording marginal gains of 2.6% last week.

Similar to Ethereum, the price action may correct lower to $0.50 before another leg higher can be expected to take place. Looking higher, levels around $0.80 and $0.95 are the next targets on the upside for Ripple investors.

The Chinese e-commerce company JD.com is now the first online platform to accept the digital currency. The company plans to hand out $3 million in digital yuan in the upcoming lottery in Suzhou. Elsewhere, the world’s largest cryptocurrencies made a correction after the last leg higher.