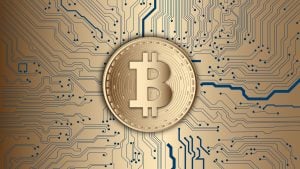 Bitcoin balances on exchanges have fallen to levels not observed in two years, according to data from Arcane Research (via Bitcoin.com). The firm reports that the amount of bitcoin being taken off exchanges has declined sharply and is “one of the main stories of the year.”

At the same time, some investors who have held bitcoin for a long time are now starting to sell those bitcoins, locking in profits as the price hovers around record highs.

Bitcoin on exchanges is down 21% this year

Arcane Research tweeted about bitcoin leaving exchanges and shared a chart that illustrates Glassnode’s data. Exchange balances of bitcoin moved sideways last month, but they started to fall again this month, according to Arcane Research.

One of the main stories of the year has been the sharp decline in the aggregated BTC exchange balance.

After moving sideways throughout November, the BTC exchange balance has once again started declining.

Investors may be looking more long-term

Some speculate that the reason exchange holdings of bitcoin are falling could be because people are looking at the cryptocurrency as a long-term investment rather than a short-term speculative trade.

Meanwhile, some investors who have held bitcoin for a long time are starting to sell, locking in profits as the bitcoin price hovers near record highs. To spot this trend, researchers used bitcoin’s Entity-Adjusted ASOL (average spent output lifespan).

Additionally, the Daily Hodl spotted two transactions by bitcoin whales that moved more than $1 billion worth of the cryptocurrency from one wallet to another. According to BitInfoCharts, one whale moved almost 25,000 bitcoin worth $473 million from the world’s 27th largest bitcoin wallet to another unknown wallet, emptying the first one.

About 20 minutes later, another wallet moved more than 32,000 bitcoin worth $627 million to a new wallet, draining that one as well. BTC Block Bot spotted both transfers.

The post Bitcoin balances on exchanges fall to levels not seen since 2018 appeared first on ValueWalk.