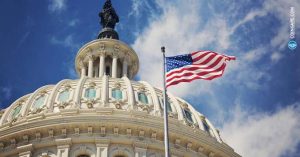 Earlier today as reported by New York times, top four congressional leaders met in-person to discuss the stimulus and spending deals for covid19 pandemic ahead of the Friday deadline. Congress needs to take a final call on the proposed $748 billion bill that separated $160 Billion for local and state governments while remaining $588 billion stimulus aid.

I am pretty confident that there will be a stimulus deal reached in the next 24 hours.

As per the reports, lawmakers were optimistic on the progress post meeting of the two top leaders from both republican and democratic party. Leaders from both sides seemed confident and expect to reach a deal by Friday. Speaking to reporters Republican leader Mitch McConnell said,

At the time of writing Bitcoin price has surpassed $19.8k and is attempting to break all time high of $20k again after multiple failed attempts. As per history tells stimulus aid is expected to effect Bitcoin prices positively.

Massive government stimulus aid throughout 2020 has boosted both Bitcoin prices and equity markets. Though reaching to an agreement on the spending and stimulus deal is not easy as a bipartisan consensus from both political parties is required. While the democratic leaders are demanding for an additional aid to support local and state govt.’s, the republican leaders are asking to sweep liability protections for businesses and other organizations operational during the pandemic.