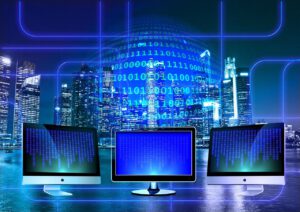 Parler, the leading social media platform founded in 2018 that is dedicated to free speech, does not mine or sell data and does not remove content based on politics or ideology. Parler continues to stand with the people and against techno authoritarianism.

Facebook, perhaps the most Orwellian of the social media data miners, continues to come under fire from the federal government for their opaque use of their member’s data. The United States District Court for the District of Columbia filed Civil Action No. 19-2184 in April of 2020, where they asserted that the “unscrupulous ways in which Facebook violated” and continues to violate  “both the law and the administrative order [from eight years prior] is stunning…Facebook did not keep its word…Facebook collects and maintains huge amounts of its users’ information.”

Parler remains confident in the transparency of their platform, with Chief Operating Officer Jeffrey Wernick responding the following: “Those listed above are surveillance companies masquerading as platforms. They are being examined because of their lack of transparency regarding their internal use of their member’s data. We are incredibly confident in our transparency and maintenance of data privacy on our platform. Parler is the only neutral social media platform that provides full transparency and does not pillage the data of our members for our own monetary gain. Clearly, we are in compliance with the Federal Trade Commission, as all social media platforms should be.”

The FTC Commissioners came out with a joint statement this week, “Despite their central role in our daily lives, the decisions that prominent online platforms make regarding consumers and consumer data remain shrouded in secrecy. It is alarming that we still know so little about companies that know so much about us.”

The FTC plans to assess how social media services collect and use personal information, how they determine which ads are being shown to consumers, how they measure user engagement and even how their practices affect children and young teens.