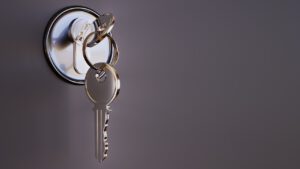 There was a 5.13% loss of bank branches across the United States from 2017 through the third quarter of 2020, a new analysis found.

Closure Of Bank Branches In Every State

The analysis, from the National Community Reinvestment Coalition (NCRC), revealed a net loss of bank branches in every state over the four-year time period. Since 2017, more than 4,400 branches were lost across the country, bringing the total number of branches closed since the Great Recession started in 2008 to over 13,000.

Nationally, low- and moderate-income (LMI) neighborhoods lost as many as 6% of their branches, higher than the overall national average, with state and local impacts showing significantly higher losses. For example, in Alaska, almost 18% of branches that existed in medium- to high-minority (MHM) communities were lost. In Idaho and Hawaii, the number of branches that existed in LMI neighborhoods in 2017 declined by up to 16% by 2020.

While mobile and internet banking are often cited as the key drivers of bank branch closures, the rapid pace of bank mergers since the Great Recession are more likely the driving factor in many closures.

The Impact On Rural And Lower-Income Urban Communities

“The impact of these closures is severe, especially on rural and lower-income urban communities where few branches exist at all,” said Jesse Van Tol, CEO of NCRC. “These communities are left vulnerable to payday lenders, online installment lending and contract buyer scams. These closures also make it harder for local businesses to secure loans to expand their business, and in high minority and low- to moderate-income communities that already lack many branches even a small loss is particularly concerning.”

However, since the start of the pandemic, the rate of closure appears to have fallen off when compared with previous years, with July seeing a net increase of 34 new branches, and August and September seeing smaller losses compared to recent years. This suggests that the pandemic may have slowed the rate of closure, at least temporarily. There are several possible explanations for this, and it is still possible for this trend to reverse itself, so further analysis is warranted.

To read the full report: https://ncrc.org/