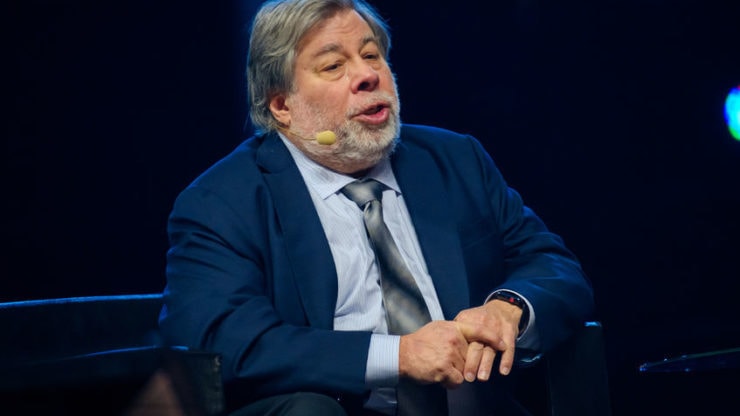 Blochchain and crytocurrency adoption in the mainstream is getting loud and clear, with the latest news that Apple co-founder Steve Wozniak is launching a new Ethereum token. The token, called Efforce, will be facilitating investments in energy efficiency projects via blockchain technology and cryptocurrency.

The new company will also aim to become the marketplace for the streamlining of processes to finance and undertake such projects. It will ensure that investors make contributions through the new Ethereun token, called WOZX. The token went live and was listed on HBTC last Thursday.

According to the announcement, the listing has already made a major impact, as it raised its market value by more than 10 times to $950 million. Next week, the token developers will be listing it on Bithumb Global, South Korea-based crypto exchange.

Wozniak said the idea is to make Efforce the first decentralized platform that will enable more participation and financial rewards for everyone for meaningful and positive environmental change.

After co-founding Apple for more than four decades, Wozniak is only co-founding its second company. The platform will be bringing together firms who are looking to improve energy efficiency with contributors who want to get rewards in tokens representing the energy savings.

One of the main challenges for environmentalists is the high number of energy consumed by blockchain technology. But Wozniak says he is happy to launch a blockchain-based company that is different.

Developers of the new company revealed that Energy Services Companies (ESCOs) are faced with series of capital challenges because of their inability to receive support from traditional banking channels. The main issue is the fact that the banks do not have the required technical expertise to access the industry’s Return on Investment (ROI). So, they find it difficult to lend them funds or partner with them.

But ESCOs can setup their projects with Efforce, as the platform is properly equipped to validate the projects, evaluate the investment requirements, and measure the return on investment. With this capacity, energy performance contracts can be created.

Also, the company plans to place smart meter on its blockchain to evaluate the energy savings of each project before turning them into energy credits.