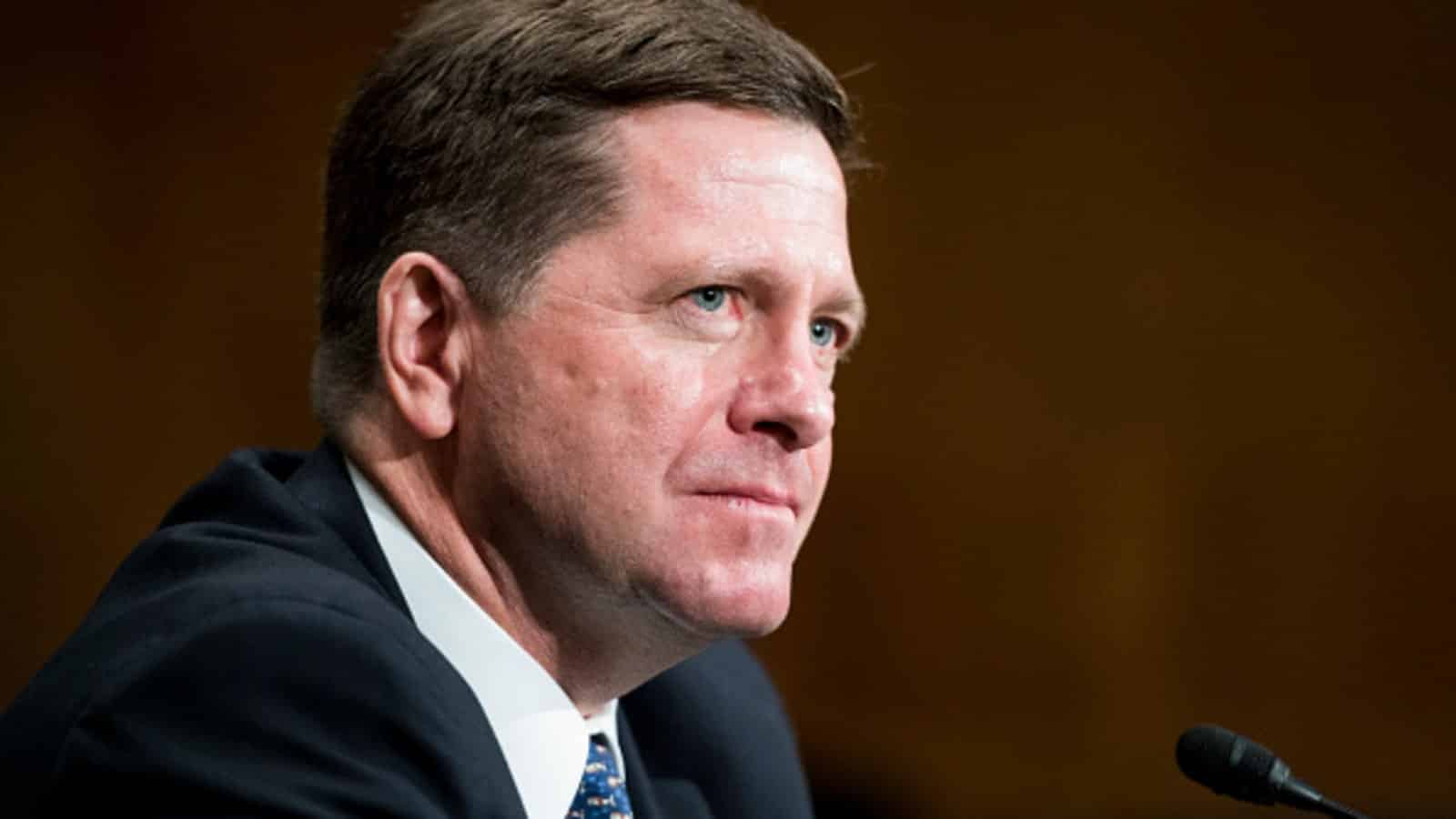 Security and Exchange Commission (SEC) chairman Jay Clayton has informed that he would be concluding his term early by this year’s end as opposed to his official term until June 2021. Clayton was appointed by Trump and his decision is believed to be linked to the defeat of Donald Trump in the highly controversial US Presidential Elections 2020.

Clayton was sworn in as the chairman of the SEC in May 2017 and as his term end nears, he would go down as one of the longest-serving chairs. Clayton thanked President Trump and other colleagues in his announcement speech and said,

“In addition, the cooperation and assistance of Secretary Mnuchin and his team at the Department of the Treasury, Chair Powell and Vice Chair Quarles and their colleagues at the Federal Reserve, Chairmen Giancarlo, and Tarbert and the CFTC, Chairman McWilliams and the FDIC, and our other fellow federal financial regulatory agencies have been remarkable.”

Crypto Industry Sees Clayton’s Exit As a Reason To Celebrate

The news about Clayton’s early conclusion of his term was received with great joy among crypto enthusiasts which is understandable as many believed Clayton could have done a lot for the crypto industry which would have propelled its adoption in the United States. Clayton being a Trump appointee also played a part as Trump’s negative stance against Bitcoin is well known.

The biggest grudge that the crypto industry holds against is the dismissals of numerous Bitcoin Exchange Traded Funds proposals throughout his tenure.  He was of the belief that the Bitcoin market was not large enough to regulate Bitcoin ETFs as it might lead to market manipulation and fraud. However, Clayton towards the end of his tenure seemed to soften his stance on Bitcoin ETF and tokenization on blockchain. Many crypto influencers and stakeholders voiced their joy on social media after the news of Clayton’s early exit broke out. Michale Arington from TechCrunch said,

Whatever else, Jay Clayton leaving the SEC is a win for crypto and sound money fans across the world

Mati Greenspan, founder of Quantum economics tweeted about the same as he believes Clayton’s exit is good news for the bitcoin and the crypto industry. He said,

“Jay Clayton has been single-handedly holding back the progress of a Bitcoin ETF as well as tokenization and blockchain innovation in general for the past few years despite the advice from his own team. Him leaving is really good for Bitcoin & crypto!!”

With Clayton’s early exit, all eyes are on President-elect Joe Biden and who he appoints as the next SEC chairman. Currently, Gary Gensler, the ex-chairman of the CFTC seems to be the perfect fit for the role as he is among one of the prominent members of Biden’s Team.