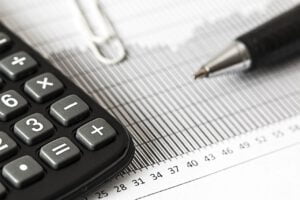 The Shiller CAPE value is today at 30. That’s nearly double the fair-value CAPE value of 16. I think that’s dangerous. It was a CAPE value of 33 that brought on the Great Depression. I think that it is best for all investors if the CAPE always remains as close to fair-value levels as possible. When the CAPE is at fair-value levels, investors possess a good understanding of the true and lasting value of their stock portfolio, which makes their efforts at financial planning far more effective. A CAPE as high as the one that applies today signals a price crash in the not too distant future, which of course would mean that trillions of dollars of consumer buying power would disappear from the economy, causing a sharp economic contraction.

Reality Of A Big Price Drop

So I favor a big price drop.

The full reality, of course, is that a price drop is going to come whether I root for one or not. So the human pain that I worry about cannot be avoided. So does it make sense to wish that the price drop would arrive and we could stop worrying about it?

I don’t know. There’s logic to that take. But I could never wish for a price drop, knowing the human suffering that that entails. Having a heart attack might teach someone to eat better but I would never wish a heart attack on someone. If we are going to experience a price crash (I believe we are), it will have to come without me wishing for it.

Avoiding The Next Financial Heart Attack

Something that I do feel comfortable wishing for is that as a nation we learn the lesson that we need to learn to avoid the next financial heart attack. The reason why it is wrong to wish for a price crash now is that the distance between fair-value prices and the price today is so large that the experience of closing the gap is going to be very painful. If in the future we made it a practice to close that gap once prices got only a little out of hand, it would never again be true that a price crash would hit like a hurricane. Little price crashes are good price crashes. They are adjustments, “corrections” as some like to put it. Little price crashes are wonderful. They allow stocks to continue going up in price (a gain each year of 6.5 percent real is justified by the economic realities) without putting us all at risk of enduring a financial hurricane.

This is why I am such a harsh critic of the Buy-and-Hold strategy. Robert Shiller once described the intellectual leap from the finding that short-term price changes are unpredictable (University of Chicago Economics Professor Eugene Fama showed this in research published in the 1960s) to the Buy-and-Hold belief that the market sets prices properly as “one of the most remarkable errors in the history of economics.” I agree with that assessment. We should all be engaging in market timing. We should all be doing all that we can to keep stock prices from ever traveling to the dangerous place where they reside today.

The most important thing that we should be doing is talking about the dangers of failing to engage in market timing. Market timing is the means by which the market sets itself right after it has gotten caught up in irrational exuberance. Take the market timing tool out of the toolbox and the market sooner or later becomes dysfunctional. Hello, CAPE value of 30!

We Never Again Want To Go Down This Path

We are one the verge of a financial heart attack. I cannot wish for a heart attack, regardless of the circumstances. But I do hope that we can learn from seeing the effects of this heart attack when it comes why we never again want to go down this path. I believe that, in a world in which all those who believe that Shiller’s Nobel-prize-winning research is legitimate research felt free to state their sincere views whenever and wherever stock investing was being discussed, we would never again see the CAPE rise above 20 or drop below 12. Stock investing would be a lot less risky in that world and our economic system would be a lot more stable in that world.

A price crash is a financial heart attack. Heart attacks are no fun. Let’s make this next one our last one!