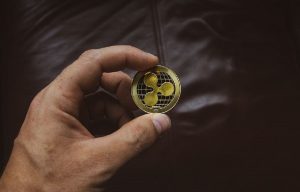 The cross-border token broke out during the weekend in a series of engulfing candlesticks. In the course of the trading last week, $0.31 emerged as a critical barrier. XRP/USD was forced to seek balance at $0.28 before resuming the uptrend.

Recovery above $0.31 happened in tandem with Ethereum’s breakout above $500 and towards $600 as discussed earlier. XRP impressively shot up, hitting levels just below $0.5. However, buyers lost steam as the momentum slowed down, allowing sellers to rejoin the market.

At the time of writing, XRP is teetering at $0.46 following a minor retreat from the recent high. On the downside, $0.45 is coming up as a formidable support area. Closing the day above $0.45 would allow buyers to focus on taking up more positions and creating enough volume for gains above $0.5.

The Relative Strength Index is in the overbought area but hints at prevailing stability for the cryptocurrency in the near term. However, traders need to be on the lookout for the direction the RSI takes because forming a lower high pattern would be a bearish signal. A breakdown from the current price level might seek refuge at $0.3, $0.28, the 50 Simple Moving Average, and 100 SMA.

On the other hand, hitting levels above $0.5 would help invalidate any bearish tendencies, placing XRP on a trajectory to $1. For now, keeping the price above $0.45 is key to the bulls, since they will have ample time to plan for the spike to $1.

The post Ripple price rejected at $0.5 after a remarkable rally, what next for XRP? appeared first on Coingape.