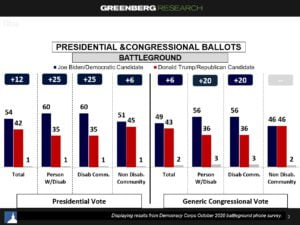 RespectAbility.org knew something big was happening in our community, as is evidenced in a huge surge of voters with disabilities registering and voting early. People with disabilities form an increasingly large, powerful, and potentially decisive percentage of the electorate in key battleground states and across the country.  A projected 38 million eligible voters have a disability and millions more live with someone who has a disability. Taken together, more than 25% of the American electorate may be motivated by issues affecting the disability community. At the same time, people with disabilities are disproportionately impacted both by COVID-19 and the job losses resulting from it.

Disability Vote: Voters In 2016 Were Angry

Four years ago we had two polling firms, Celinda Lake and Stan Greenberg, do separate polls on the disability vote. In 2016 voters with disabilities were angry, wanted change, were hurting, and leaned a tiny bit more for Trump. See Polling Shows People with Disabilities Split Vote Between Trump and Clinton.

We are having the same pollsters do polls again now. Greenberg’s data is pre-election and the first slides are attached. Lake is doing hers after and it’s with Tarrence so it will be bipartisan.

RespectAbility.org is seeing a completely different situation now – so much so that if Biden wins it may well be the disability vote.  It’s a massive gap as voters with disabilities and their loved ones are breaking big for Biden-Harris. Below is the basic, first deck of Greenberg data with three slides: one slide with the presidential/congressional vote; a slide on top issues in the election for those in the community; and a slide on how many in the community already voted or have not voted. We will have additional slides later today. 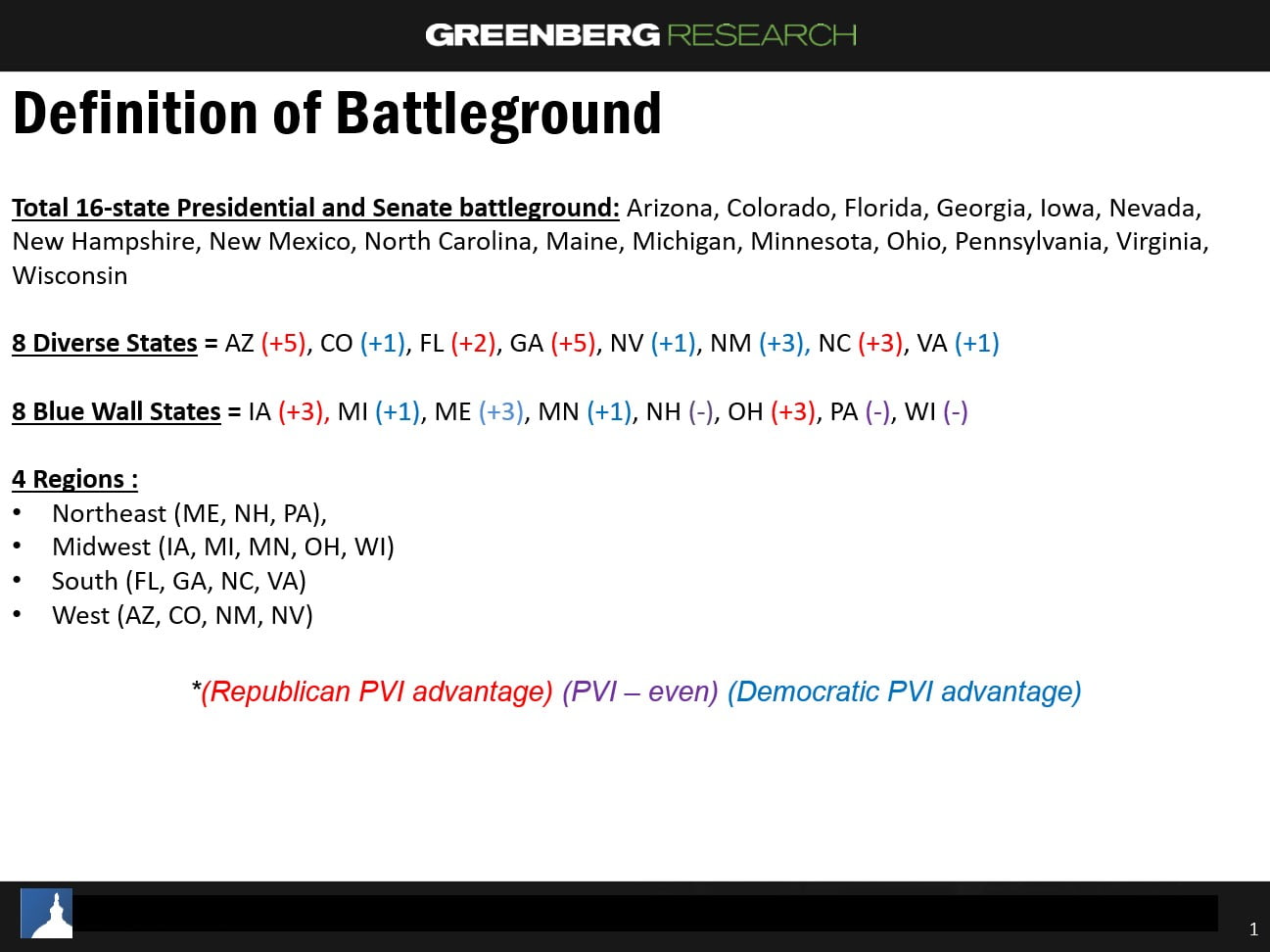 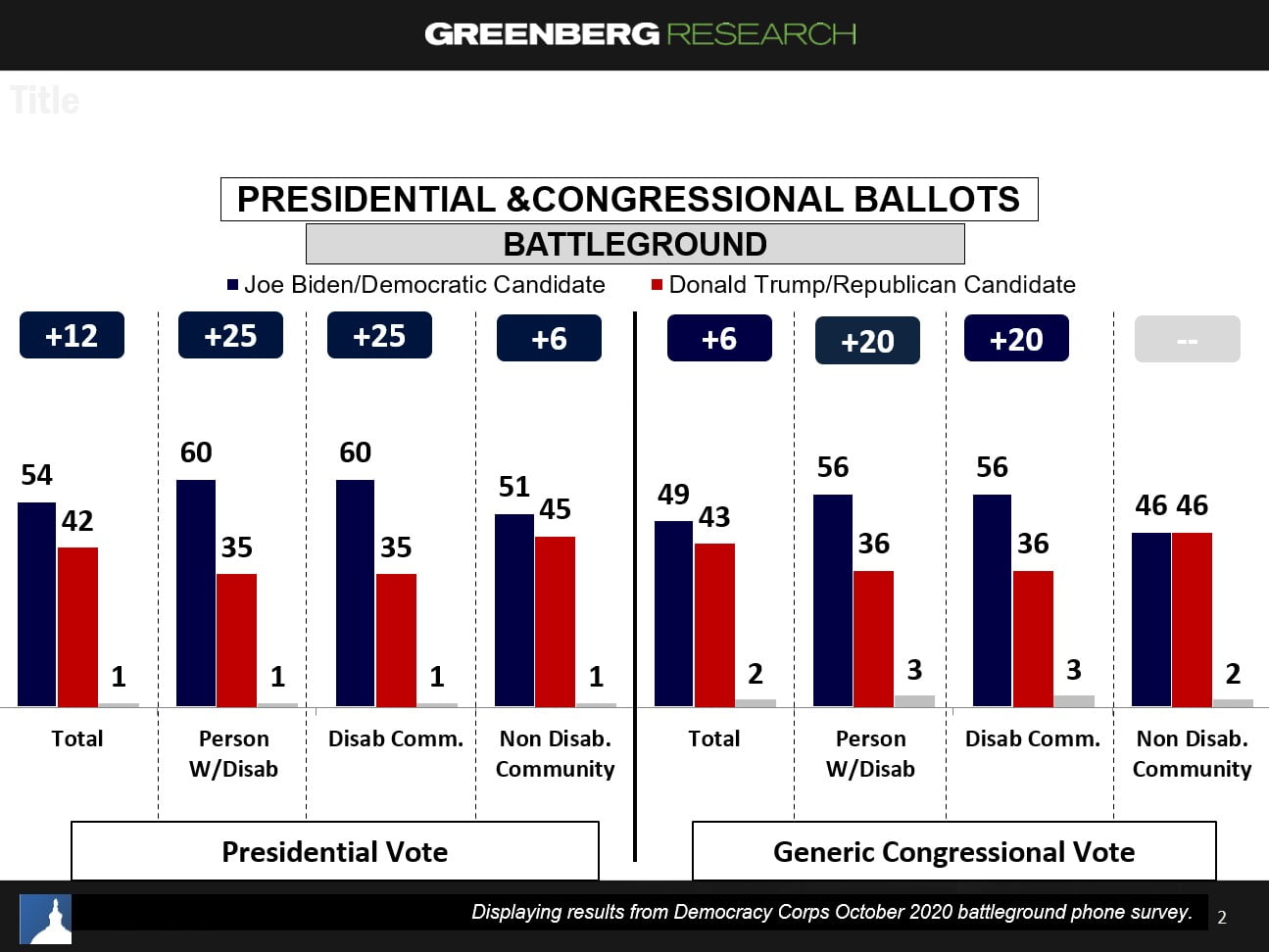 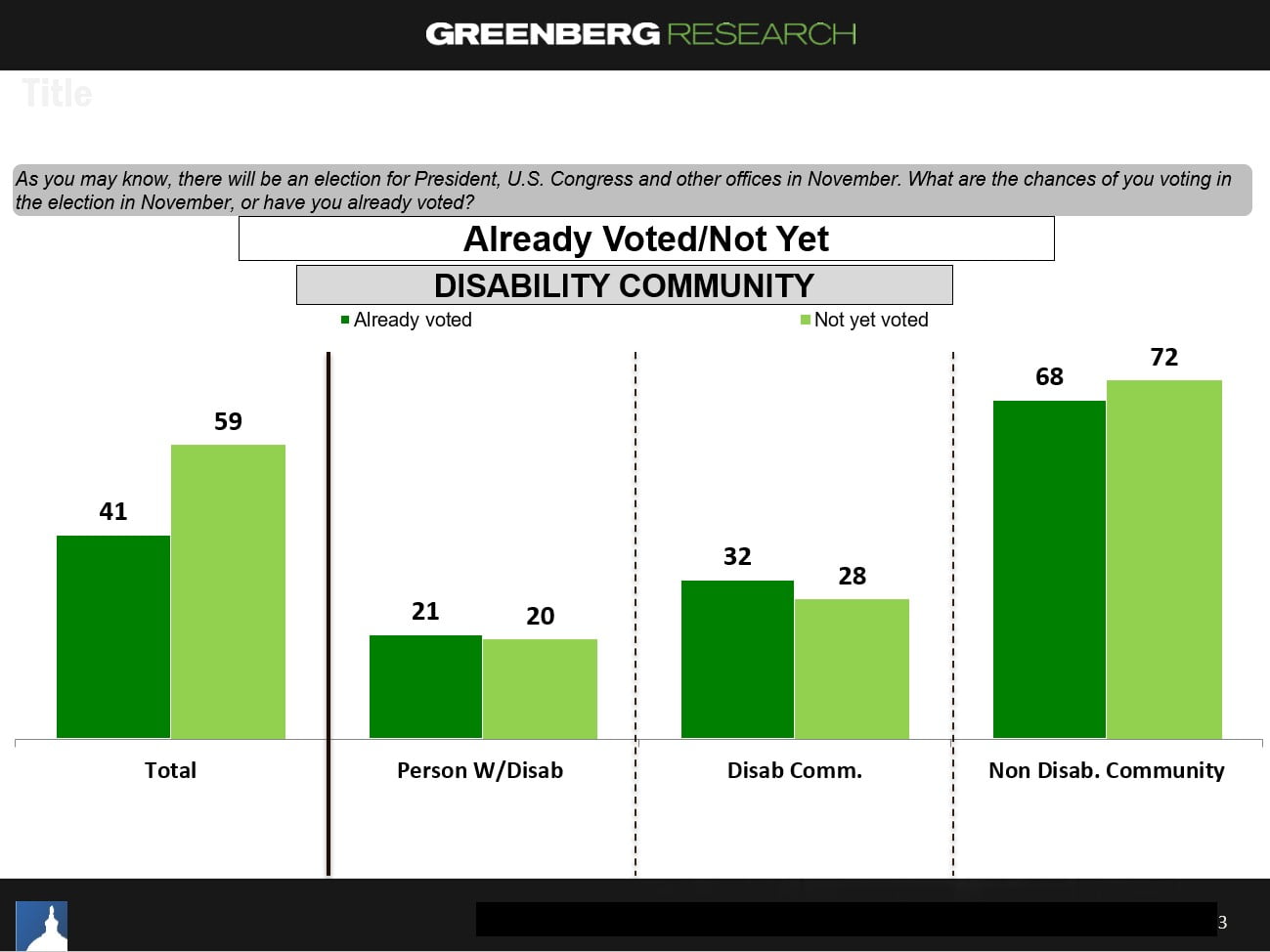 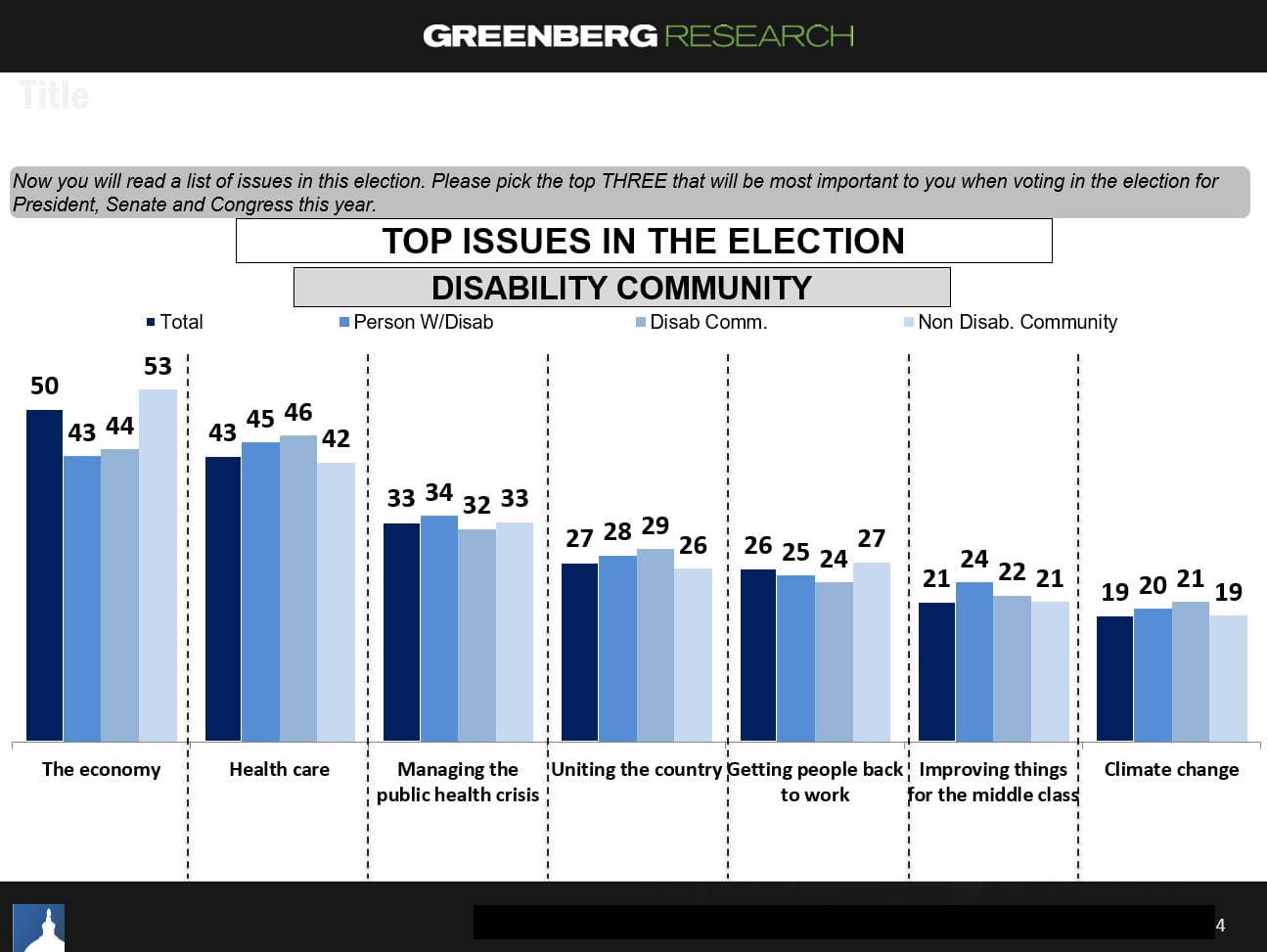 The post Disability Vote Is Breaking Big For Biden appeared first on ValueWalk.