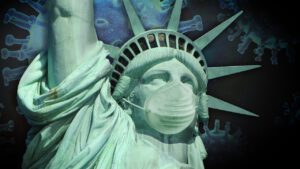 Americans have been waiting for the second round of stimulus checks for almost six months now. Earlier it was certain that the package would be approved before the election, but over the past few weeks, a consensus seemed to have developed on a deal post-election. Now, it appears that despite waiting for so long, Americans are unlikely to get coronavirus stimulus checks. This is because Senate Majority Leader Mitch McConnell, who is expected to play a lead role in stimulus negotiations, is still favoring a targeted stimulus package.

Why you may not get coronavirus stimulus checks

Previously, McConnell wasn’t very active in the stimulus negotiations. Now, he is expected to play a lead role in the negotiations, while the White House and House Speaker Nancy Pelosi would be on the sidelines.

Moreover, on Thursday, McConnell again rejected Democrats’ call for a big stimulus package, saying “that’s not a place I think we’re willing to go.” He also reiterated his push for a package that is “highly targeted at what the residual problems are.”

Talking about Pelosi and Sen. Chuck Schumer, he said that the two are still “looking at something dramatically larger. That’s not a place I think we’re willing to go.”

Speaking to reporters about the need to come up with a relief package, McConnell hopes to “get past the impasse we’ve had now for four or five months, and get serious about doing something that’s appropriate.”

Pelosi and Schumer, however, are not willing to change their demand for a big stimulus package. The two hinted the same during a news conference earlier on Thursday, arguing that Joe Biden’s win strengthens their position to pass the stimulus package in the lame-duck session.

“The Joe Biden approach was embraced and that’s why we think there’s a better chance to get a bill in the lame duck….” she said.

Talking about where they stand on the stimulus demand, Pelosi said, “We’re at the same place, even more so with the pandemic,” suggesting their demand is unchanged. She argued that addressing the pandemic must be the priority, and asked Republicans to “stop this circus and get to work on what really matters to the American people — their health and their economic security.”

Now, it will be interesting to see what happens with the stimulus package. Both McConnell and Pelosi see the stimulus package as a priority, but both differ on the size of the package. If McConnell, as is expected, gets more bargaining power in the negotiations, then it is very likely that there won’t be another round of stimulus checks.

The post Despite months of waiting you may not get coronavirus stimulus checks appeared first on ValueWalk.